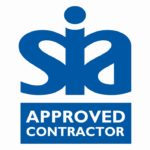 The court heard that the company, based in Macclesfield, applied for ACS membership in November 2015. A similarly-named ACS company, Extreme Security Limited, went into liquidation in January last year with significant debts and owing tens of thousands of pounds to Her Majesty’s Revenue and Customs.

Following an investigation, the new company’s application for ACS membership was refused in September last year on the basis that the director, Mark Longden, was previously the director of a company (Extreme Security Limited) which had gone into liquidation within the past 12 months.

Another reason for refusing the ACS application was that the previous director, Amie Longden, was unlicensed for several months prior to obtaining an SIA licence in March 2016. Additionally, the SIA had discovered that the company supplied an unlicensed security officer to a local college over a period of several months.

The court heard that, when interviewed by SIA investigation officers, the unlicensed officer had stated he also had problems with alcoholism and debt. Representing the SIA, Julian King drew the court’s attention to the disregard for public protection when the company supplied unlicensed staff to a location as sensitive as a college.

Longden accepted that Extreme Security Solutions Limited should have had better procedures in place to prevent the offence from taking place, but claimed that the various problems with the company had now been resolved.

Longden denied that Extreme Security Solutions Limited was a ‘Phoenix’ company, and stated that the business had not been trading at the time of its ACS application (despite having declared on the application form that it held several contracts to supply security services).

A ‘Phoenix’ company is a term used to describe the practice of carrying on the same business or trade successively through a series of companies where each becomes insolvent (ie cannot pay their debts). The insolvent company’s business (but not its debts) is transferred to a new company, which often has the same directors and a similar name.

Upon dismissal of the appeal, Extreme Security Solutions Limited was also ordered to pay the SIA’s legal costs amounting to a sum of £4,067.

Lisa Targowska, the SIA’s deputy director (legal), commented: “The SIA will continue to vigorously defend court appeals of this nature. The aim of the Approved Contractor Scheme is to improve standards within the security industry, and we’re determined to ensure that the scheme isn’t undermined by unsuitable companies who attempt to circumvent its requirements.”