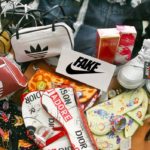 Over 207,000 counterfeit watches worth a combined €172 million were seized at the borders of EU countries in 2017, making them by far the highest value type of fake product intercepted. That’s according to new analysis by Kroll (a division of Duff & Phelps), a global leader in the field of risk mitigation and investigative services.

Kroll warns that the criminal gangs involved in counterfeiting are, in some cases, using the manufacture, distribution and sale of these products to generate funds to pay for other serious criminality such as terrorist operations.

The firm’s review of EU customs enforcement data reveals that after seized watches, whose collective retail value increased by 56% from 2016 to 2017, fake clothing was the product type with the next highest collective value (€66 million, up 46%). Jewellery and other accessories came in third place (€58 million), up a massive 562% since 2016, followed by bogus bags (collectively valued at €52 million).

With the all-important Christmas season approaching, toy manufacturers and retailers should be concerned by the high volume of counterfeit toys in evidence, with those detained at EU borders last year worth almost €22 million. In total, over 31 million items collectively worth over € 580 million were seized in 2017. That’s actually down 24% on the previous year.

Kroll states that, while the number of customs seizures have decreased overall, it has seen an increase in counterfeiting activity and was involved in the seizure of over €50 million worth of counterfeit goods in 2017 close to where they were produced, suggesting that efforts designed to track and seize bogus goods in the country of manufacture before they reach customs are having a positive impact.

However, with criminal gangs becoming more sophisticated in transporting illicit goods across borders, manufacturers and retailers still face a difficult battle against counterfeit goods coming in from all over the world.

Benedict Hamilton, managing director at Kroll, commented: “Counterfeit goods pose a significant financial and reputational threat to manufacturers and retailers. They can present a real Health and Safety hazard for consumers as well. The counterfeit goods trade can be highly lucrative so it attracts some serious criminal groups. There’s strong evidence to suggest that some of those groups are running counterfeit operations in order to pay for deeper and darker criminality such as terrorist attacks, making it even more important to prevent them from doing so.”

Hamilton continued: “We’re working with more and more brands to stop the problem higher up the chain by mapping the sale of counterfeit goods all the way up to the producers and shutting them down. Many businesses have historically dealt with the threat of counterfeit activity by making themselves ‘hard targets’ in a variety of ways such as making their products difficult to copy, forming partnerships with law enforcement authorities or educating vendors about how to avoid the risks. Increasingly, brands want us to go further by helping them to find the producers of bogus goods, take them out of the market with civil or criminal proceedings and then, where possible, recover funds.”

China is the country of provenance with the highest percentage of suspected counterfeit goods detained and subsequently not released (73%) at EU borders. It’s followed by Hong Kong (10%), Turkey (4%), Vietnam (3%), Syria and India (both 2%). However, Kroll observes that the picture is often more complex, with gangs within or closer to Europe organising criminal activity, but using components from Asia, for example.

Other product types that saw sharp increases in the value of counterfeit goods detained in 2017 included sports goods (up 423%), foodstuffs (up 159%) and vehicles and accessories (up 68%).