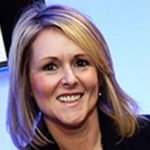 Although organisations see the value of adopting an innovative approach, it’s not always the easiest thing to introduce. This isn’t necessarily because people are openly opposed to the idea. Instead, it’s the perceived sense of risk that ultimately scuppers a company’s hopes of being progressive. The fear of change can be stifling. That’s unless an organisation nurtures a culture that fully embraces innovation. writes Christine Caunce.

This process must be led from the top. Senior management needs to believe in the intrinsic value of innovation and be seen to support initiatives that can make this a reality. Without that Board-level backing, innovative projects will always be in jeopardy for three main reasons: business disruption, legacy systems and the lack of short-term benefits.

With all things new, people worry about the unknown factor. There will always be those nagging “What if…?” questions, and doubt will begin to creep into internal decision-making conversations.

Let’s be honest, there’s a reason for that. Whenever change occurs in an organisation there are often bumps in the road. When you hit these bumps, people – who may have been unsettled by the disruption to business as usual – will shine a scathing spotlight on the initiative. It takes broad-shouldered project leaders to move past the inevitable criticism. This is where the support of senior management is vital.

In those organisations where the culture isn’t fully supportive, individuals will be much warier of upsetting the apple cart. Potential bumps that could be seen as hurdles are now perceived as insurmountable barriers.

You can see how this impacts decision-making in a tender process. It’s not unusual for early discussions to be focused on innovative ideas. For example, a Marketing Department may enthusiastically endorse a new digital approach in co-ordination with traditional printed communications.

However, in the latter stages of the process, and as the fear of change starts to shape trains of thought, enthusiasm for the new approach wanes and a preference for the way things have always been done returns.

We’re now in an era where many innovations are digital in nature. To fully exploit the potential of such new technology, however, corporate culture has to support the goal of digital transformation.

The biggest barrier tech-led initiatives often face is legacy systems. Many older organisations will have built up their IT infrastructure over time in a piecemeal fashion. As a result, the network of systems used to support an organisation may not be as agile as the IT Department ideally desires.

These infrastructures are likely to be complicated and delicate, thus making the easy integration of a new supplier’s systems difficult. This can fuel fears that new systems could bring problems, be unsupported and potentially lead to additional expense.

Without a company-wide commitment to digital transformation, that perception could halt the progress of many technology-led innovations as they’re perceived as simply being too risky.

Innovation is often introduced into companies with the help and assistance of forward-thinking suppliers. The challenge for procurement teams is that, when one supplier is offering an innovative approach and another isn’t, they’re no longer comparing apples with apples. They’re not able to look at two similar bids and pick the most competitive price.

Innovation has an unknown value, and this creates a serious problem for those who are targeted with delivering cost savings. In this scenario, it’s perfectly understandable why procurement will stick with what they know. It allows them to say: “Whereas previously we were paying Y, we’re now paying X.” The gain is clear.

To continue the analogy used above, a procurement team may see a short-term price concession on print costs as being preferable to the long-term performance and efficiency benefits possible from pursuing a digital approach.

However, if procurement was incentivised to identify long-term efficiencies, in addition to the short-term cost saving, then organisations would remove one of the major barriers to innovation.

This procurement challenge is the subject of a recent White Paper entitled Putting a Price on Innovation: The Procurement Puzzle. This document looks at the example of Philips and how its long-term approach to cost savings has helped the business to successfully build collaborative relationships with suppliers.

What’s clear from Philips’ approach is that, when innovation is embraced at the top of a company, the perceived risk of pursuing these initiatives becomes less for those people lower down in the organisation.

To successfully reduce the sense of risk that comes along with innovation, then, organisations need to address corporate culture and put systems that enable change very firmly in place.