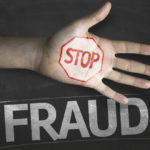 Convicted NHS dialysis manager Alan Hodge has been told he must pay the NHS £30,720 following his role in a large fraud against Epsom and St Helier University Hospitals NHS Trust or face an extra nine months in jail.

Hodge (55) of Aultone Way, Sutton in Surrey was sentenced to four years’ imprisonment in December 2016 following an investigation by both national and local NHS fraud investigators. As the Trust’s Renal Technical Department manager, he awarded contracts to three company owners with whom he colluded to inflate invoices for work that was sub-standard and sometimes not completed at all.

The group was sentenced to 10.5 years in total in December 2016. After their convictions, National Health Service Counter Fraud Authority (NHSCFA) financial investigators began the process to recover money that was stolen and return it to the NHS.

With Proceeds of Crime Act orders already having been granted for three of the fraudsters, the NHSCFA has continued to progress action against Hodge. The NHSCFA demonstrated that he had £30,720 of available assets, including his £30,000 share of his former home and a £720 scooter.

Hodge has been instructed to pay the total amount within three months (by 7 June 2019) or face a further nine months’ imprisonment. The money will go straight back to the NHS and the NHSCFA will now continue to explore all other avenues to recover the money taken, including working with NHS Pensions to consider accessing the financial value of Hodge’s NHS Pension Scheme.

Richard Rippin, head of operations at the NHSCFA, commented: “Ringleader Alan Hodge was the last to have his Proceeds of Crime Act hearing. This took place at Croydon Crown Court on 7 March. We’re delighted that the money he defrauded is finally going back to NHS funds, but our action will not end here. We continue to pursue the remainder of the money originally intended for patient care that he diverted into his own accounts.”

Rippin added: “This action serves as a clear reminder that those who seek to take money from the NHS will not only be brought before the courts to answer for their fraudulent activity, but they will also be pursued to ensure that every available penny is returned back to the NHS where it belongs.”