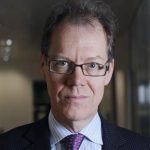 A survey of attitudes towards data protection here in the UK has shown that consumers are taking matters into their own hands in order to protect their personal data. Commissioned by the Information Commissioner’s Office (ICO), the UK’s independent data protection regulator, the survey shows that only one-in-four individuals trust businesses with their personal information.

The survey also shows consumers have a clear awareness of the action they can take to protect their own personal data. Seven-in-ten of those questioned regularly check bank and credit card statements for irregular activity, while more than half also keep their computer protected from viruses, shred personal documents, use different passwords for different online services and limit how much information they share on social media.

The survey highlights that, while 53% of people said they trusted High Street banks with their information, this figure drops to 36% for Government departments, 32% for High Street retailers and 22% for Internet brands.

People’s concerns are focused on their information being stolen by criminals, used to make nuisance calls or sold to other companies for marketing purposes.

Taking up the fight

Information Commissioner Christopher Graham stated: “Consumers are taking up the fight to protect their own personal data. We all need the services offered to us by banks, shops and Internet companies, even if we are perhaps not entirely trusting of what they’re doing with our data, and so consumers are taking their own action to respond to that. This ought to be a real wake up call to some sectors. Consumer mistrust is never good for business.”

Graham continued: “What’s more, if these customers’ concerns are well-placed, and organisations are not handling personal data properly, they may be leaving themselves open to significant fines from the regulator. We’ve issued fines of more than £6 million for data protection offences so far, and that’s only going to rise. New rules in place from 2018 give us the power to fine up to 4% of global turnover, which ought to focus the minds of any Boardroom.”

The Information Commissioner also explained: “There’s increasing evidence of consumers taking steps to avoid aggressive marketing. Our survey shows that concerns around people’s information being used to market products to them ranks as one of the top consumer worries. We know people are responding to the nuisance of spam calls and texts because we receive a wealth of complaints about them to our office every day. We’ve been able to take action amounting to more than £2 million of fines in the past year. The survey also shows action elsewhere. Notably, a quarter of those people surveyed are using ad blockers when they go online.”

The ICO survey also pinpoints that 75% of individuals think it’s important that data protection is taught in schools, while more than one-in-ten (13%) have requested a copy of their data from organisations.