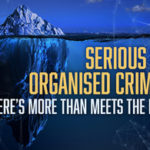 The Conservative Government has pledged to tackle the misery caused by serious and organised criminals by drawing on all the powers, tools and expertise the UK has to offer. Ben Wallace, Minister for Security and Economic Crime, has stressed in a detailed speech that preventing criminals from laundering money made from operations such as drug trafficking and human trafficking is a key element of the Government’s new Serious and Organised Crime Strategy.

The Serious and Organised Crime Strategy also sets out how the Government will build the UK’s defences against such criminality, track down the perpetrators and bring them to justice.

According to the National Crime Agency, there are presently around 4,600 serious and organised crime groups in the UK. These criminals use violence and intimidation in communities to operate and typically prey on the most vulnerable members in our society, from the victims of modern slavery and human trafficking to young people suffering sexual exploitation and abuse.

The Serious and Organised Crime Strategy is backed by funding of at least £48 million in 2019 to 2020 to further ramp up law enforcement capabilities and specifically tackle illicit finance.

Ben Wallace said: “Serious and organised crime is the deadliest and most damaging national security threat faced by the UK. It undermines our economy, damages our international reputation and has a corrosive effect on individuals and communities. Many serious and organised criminals think they’re above the law. Our Serious and Organised Crime Strategy is determined to challenge that assertion. Our new strategic approach not only improves our Government and law enforcement capabilities, but also ensures that working alongside the private sector, the public and international partners is integrated as part of our response. Working together on implementing the new plans, we will show criminals just how serious we are.”

New measures outlined in the Serious and Organised Crime Strategy

New measures outlined within the Serious and Organised Crime Strategy include:

*additional investment in the multi-agency National Economic Crime Centre (NECC) which is now operational and includes officers from the National Crime Agency, HM Revenue and Customs, the City of London Police, the Serious Fraud Office, the Financial Conduct Authority, the Crown Prosecution Service and the Home Office

*improving engagement with the private sector, and particularly so when it comes to the information and communications technology industry

The NECC will bring the full force of Government, law enforcement, civil society, regulators and the private sector – particularly so the technology and financial sectors – to bear against those engaged in criminal activity.

In his speech, Ben Wallace set out how the Government will use all the powers and tools available to target the most dangerous and determined criminals and deny them access to their money and assets, work with communities, businesses and the vulnerable to build resilience against serious and organised crime, stop the problem at the source by supporting those at risk of engaging in criminality and more closely managing offenders who are unwilling to cease their involvement in serious and organised crime and also align all collective efforts as one cohesive system establishing a new national tasking framework for law enforcement, improving engagement with the private sector and expanding overseas capabilities.

Increasing in volume and complexity

The Minister was joined by Lynne Owens (director general of the National Crime Agency) and Bob Wigley, chair of UK Finance, at the launch event held at The Shard in central London.

Owens commented: “The threat from serious and organised crime is changing rapidly, increasing in both volume and complexity. It now affects more UK citizens, more often, than any other national security threat. Tackling this ever-changing threat is a daunting task. This is why, as part of this strategy, we are introducing a new, revised operating model for law enforcement, which will allow us to drive more effective collaboration and prioritise tackling the issues that cause the most harm to the public. We welcome the funding injection for next year across law enforcement tackling serious and organised crime and look forward to further commitment to provide the resources needed to deliver this whole-system approach. Our ambition is to deliver a layered capability, from the local level through to the national, which will identify and exploit the best opportunities to tackle serious and organised crime and stop the harm it inflicts on the UK public.”

Bob Wigley remarked: “Stemming the flow of illicit finance that underpins serious and organised crime is an absolutely priority for the UK’s banking and finance sector. Banks already spend over £5 billion a year fighting economic crime, constantly developing new approaches and finding more effective methods, but there is more we can all do. The new strategy launched today is exactly what is needed – providing the right legal and regulatory system, while ensuring effective collaboration by all the regulated sectors of the economy, because as a country we are only as strong as our weakest link.”

The Serious and Organised Crime Strategy complements the Serious Violence Strategy launched in April which sets out the government’s response to serious violence and increases in knife crime, gun crime and homicide.

It also has links to other government strategies, including the UK’s Strategy to Counter Terrorism, the UK Anti-Corruption Strategy, the National Cyber Security Strategy and the Modern Slavery Strategy.

The £48 million funding to enhance the response to illicit finance is in addition to the £21 million over the next 18 months to boost the law enforcement response to child sexual exploitation and abuse which the Home Secretary announced in September.