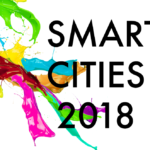 Set against the current backdrop of economic, social, security and technological changes caused by ongoing globalisation and integration processes, cities in the UK are now facing the challenge of combining competitiveness with sustainable urban development. As a result, we’re now seeing more and more examples of smart city transformation, with key ‘smart’ sectors – including transport, energy and healthcare – leading the charge.

A smart city is best defined as an environment in which traditional networks and services are made more efficient for the benefit of inhabitants and businesses alike thanks to the use of digital and telecommunication technologies. With that same vision in mind, the European Union is investing in ICT research and innovation and developing policies designed to improve the quality of life of citizens, while at the same time also rendering cities more sustainable in view of Europe’s 20-20-20 targets.

The smart city concept goes beyond the use of ICT for better resource use and less emissions. It means smarter urban transport networks, upgraded water supplies and waste disposal facilities and more efficient ways in which to light, heat and, importantly, secure buildings. The concept also encompasses a more interactive and responsive city administration, with safer and more secure public spaces.

The Smart Cities UK 2018 conference, expo and awards will lead the way on addressing Best Practice examples of smart transformation from across cities within the UK, while also disseminating guidance and instruction on information transformation within data, energy, security, transport, infrastructure and other key sectors.

The conference programme kicks off at 9.10 am with an introduction from chairman Iain Stewart MP, chair of the All-Party Parliamentary Group on Smart Cities. The latter brings together Parliamentarians with British academics, NGOs, businesses and local Government currently leading the global smart cities revolution.

At 9.30 am, the opening Keynote speaker of the day is Andy Burnham, the newly-crowned Mayor of Greater Manchester. What, exactly, is Manchester doing to become a leading smart city? How can citizens and councils in general benefit from digital transformation? Burnham will address these topics and many more at conference.

Burnham was elected Mayor of Greater Manchester last May. Prior to this, he was the serving Labour MP for Leigh from 2001. In Government, Burnham held ministerial positions at the Home Office, the Department of Health and the Treasury. In 2008, he became Secretary of State for Culture, Media and Sport before returning to the healthcare sector portfolio as Secretary of State in 2009. In opposition, Burnham has served in the roles of Shadow Education Secretary, Shadow Health Secretary and Shadow Home Secretary.

How do we build an intelligent city? This is the focus for Nicola Yates OBE (CEO of the Future Cities Catapult), who’s due to speak from 9.45 am until 10.05 am. Yates was CEO at Bristol City Council, Hull City Council and North Shropshire District Council and, among multiple successes associated with delivering local economic prosperity, helped establish the internationally-recognised ‘Bristol is Open’ initiative back in 2014, working in tandem with Nokia, NEC and Interdigital Ltd.

Yates is currently a trustee for the independent policy Think Tank ‘Centre for Cities’, and also a member of SOLACE (the Society for Local Authority Chief Executives and the Chartered Institute of Housing). Yates received her OBE back in 2010 for services to local Government.

Preparing for a Smart Nation

Dr Jacqui Taylor, CEO of FlyingBinary and smart cities advisor to the Conservative Government, is going to make a presentation under the banner ‘Smart Cities: Preparing for a Smart Nation’.

Taylor is recognised as one of the 100 most powerful UK entrepreneurs and has been awarded an Honorary Doctorate of Science in recognition of her Internet of Things-focused work. After implementing a banking regulatory change programme with Web 3.0 tools, Taylor co-founded FlyingBinary as a web science company that “changes the world” with data. It’s one of the original 250 TechCity companies.

Taylor is a high-profile mentor in the TechCity digital hub and mentors Founders specifically to accelerate their technology and funding options for growth.

When Dr Taylor has finished her delivery at 10.30 am, next to speak is The Rt Hon Lord Henley, Parliamentary Under Secretary of State at the Department for Business, Energy and Industrial Strategy. Lord Henley is set to focus on ‘The UK’s Smart Transformation’ until this session at conference closes at 10.45 am.

That time also signals the start of the first Panel Session of the day, with this one concentrating on ‘How do you make a Smart City?’ Chaired by Iain Stewart, participants include Nicola Yates, Peter Baeck (head of collaborative economy research at Nesta), Phil Beechern (president of Wi-SUN Alliance), Les Pyle (CEO of the Institute for Collaborative Working) and Dr Jacqui Taylor.

The discussion here will address levels of support available to UK cities and towns and how we ensure that a national strategy’s in place and outline a blueprint for the smart city. Is there a ‘one-size-fits-all’ approach for cities and towns to be able to kick-start their ‘smart’ plans? Is there a clear lack of education and training on smart cities?

The conference breakout sessions begin at 11.30 am. There are three pre-luncheon focus streams targeted to evaluate data, infrastructure and citizen engagement.

Chair of the data stream is Brian Bishop (CEO of the Data Performance Consultancy Ltd). ‘How Artificial Intelligence can influence UK cities and towns’ will be discussed by Vishal Chatrath, CEO and co-founder of PROWLER.io. At 11.50 am, ‘The power of Big Data to improve social and economic outcomes’ will be covered in depth by George Johnston, the founder of Nitrous.

Data is a critical part of any smart city. While there’s a lot of noise about identifying and collecting new datasets, there’s a significant opportunity to revisit the wealth of data that already exists. As data holders, local authorities and central Governments are in pole position to effect positive social and economic change through opening up datasets and creating an environment that fosters innovation.

With this in mind, Johnston will talk about GovTech and CivTech and what the public sector’s relationship with data could look like in the future.

Luncheon follows at 12.55 pm, during which there will be plenty of time for delegates to visit the expo.

The first breakout stream post-luncheon is all about security. Chair for this session, which runs from 2.35 pm until 3.30 pm, is James Willison BA MA MSyI, founder of Unified Security Ltd, vice-chair of ASIS’ European Convergence/Enterprise Security Risk Management Committee and a regular contributor to the pages of Risk UK.

Willison commented: “The Smart Cities of the future will depend on complex IT systems which will also be subject to both IT and human attacks. This convergence will present organisations with increasingly difficult challenges. To date, most responses have focused on physical and cyber security separately, but few have understood how to secure their people and organisations from combined cyber-physical attacks. That being so, the Smart City will be vulnerable. Almost every day, there are examples of cyber-physical attacks as technology, Artificial Intelligence and robotics advance and the criminal exploits the insecure buildings, networks, systems and devices.”

Following on from Willison’s introduction, the first speaker is Tim Daniels, sales and marketing director for Videalert. Daniels will examine how a single data source can drive multiple traffic enforcement and management applications, including Clean Air Zones. There’ll be a keen focus on how an open data platform approach supports multiple internal/external consumers, examples of multiple applications supported through a single platform and the importance of standards such as ONVIF when it comes to this type of integrated solution.

With over 30 years of experience in the software industry, Daniels has extensive knowledge of driving the growth of SME software companies having held senior sales and regional operational management roles in the UK and the EMEA region with organisations including IBM, BMC Software, Acta Technology and, more recently, the Informatica Corporation (where he was managing director of the UK subsidiary company).

In 2008, Daniels – along with fellow director Dave Richmond – acquired a controlling equity stake in the Videalert business.

At 2.55 pm, ‘Smart Cities and the Next Generation of Cyber Threats’ will be the subject of Andrew Tsonchev’s presentation. Tsonchev oversees Darktrace’s OT security offer, with the business providing cyber defence solutions for industrial environments. He has worked extensively across all aspects of Darktrace’s technical and commercial operations, and advises the company’s strategic Fortune 500 customers on advanced threat detection, machine learning and autonomous response.

The closing Keynote presentation addresses the subject of ‘How can UK cities tackle crime through innovation?’ The speaker here is former UK security minister The Rt Hon The Lord West of Spithead GCB DSC PC.

Are UK cities prepared for terror attacks? Are they addressing cyber security? How do we take a shared approach towards tackling crime and terrorism? Are UK cities’ workforces sufficiently skilled on combating cyber crime? All of these questions and more will be addressed.

Until February 2006, Lord West was First Sea Lord and Chief of Naval Staff, making him head of the Royal Navy and Royal Marines and responsible for the fighting effectiveness of Britain’s Naval Service. During his career, Lord West led the Falklands War victory parade in London, headed the study into women’s employment in the Royal Navy (which ultimately led to females serving at sea and, indeed, their full integration into the Naval Service) and was also Commander in Chief and Chief of Defence Intelligence.

As well as serving as a Parliamentary Under-Secretary of State at the Home Office from 2007 to 2010, Lord West advised both the Conservative Party and the Labour Party on defence and security, producing the UK’s first-ever National Security Strategy and Cyber Security Strategy and formulating the latest counter-terrorism policy.

Clearswift Survey: “Board members at odds with management on level of GDPR compliance”