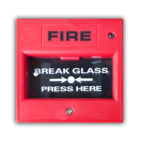 Research pioneered by the Fire Industry Association (FIA) and its members has realised some “momentous discoveries” in the field of fire detection and alarms, with the firmly-held belief that more sophisticated multi-sensor detectors really are more effective at reducing false alarms than ‘standard’ smoke alarms.

The research, conducted on behalf of the FIA by the Building Research Establishment (BRE) and the University of Duisburg in Germany, used a range of different detectors – both standard and multi-sensor – in a bid to find out which detectors are more effective in terms of sensitivity and reducing false alarms.

Martin Duggan, general manager of the FIA, commented: “Four years ago, we decided that we should invest around £100,000 per annum into research projects. Research is important to the FIA as it underpins all of the professional standards for which we strive and, ultimately, has an impact on the way standards are created and written as well as the way in which fire protection is implemented nationally. This new project into the effectiveness of multi-sensors may help manufacturers to develop new products, while installation companies may benefit from a raised awareness of false alarm rejection from a range of different detectors.”

The project arose from a previous research project called ‘Live Investigations of False Fire Alarms’, which was conducted in conjunction with the BRE and the Scottish Fire and Rescue Service. This monumentally changed the British Standards to include the demand for covers on manual Call Points to reduce false alarms.

In this new study, 12 manufacturers’ products were represented and a total of 35 different detectors, including two standard detectors – one that was a commercial detector, with the other being a domestic detector.

According to their different designs, the detectors were graded into three performance categories: standard, intermediate and advanced performance. These were then examined against ten different fire tests and false alarm tests to replicate a range of real-life circumstances.

The results showed little difference in sensitivity and ability to detect between multi-sensor detectors and standard detectors, but one key area did come to light: the multi-sensor detectors categorised as ‘advanced’ far outstripped others in false alarm tests, meaning that they offered the same level of protection from fire, but were much better at rejecting false alarm situations.

It can be difficult for installation and maintenance companies to know how to solve the issue of reccurring false alarms and which type of detector to install to solve the issue. It becomes even more confusing when the range of effectiveness of those alarms varies so widely from one manufacturer to another. Thanks to this new research into the effectiveness of standard detectors versus multi-sensor detectors, there’s now some clarification on the issue.

Developing a Career in the Security Business Sector