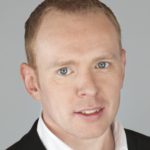 Physical security is about more than securing doors and monitoring facilities, writes Simon Cook. From assisting in the prevention of incidents through to gathering business information, Physical Security Departments and the systems they deploy can play many roles in an organisation. One crucial role is to improve business resilience.

In the security sector, one of our main goals is to help eliminate, reduce or otherwise mitigate risk, but we know that this isn’t always possible. Whether they’re insignificant nuisances or natural disasters, unpredictable and unplanned events happen. The challenge is to make sure that people, businesses and Governments are ‘back to operation as normal’ as quickly as possible.

Resilience is the ability to both respond and return to normal in swift order. There are various ways in which, regardless of their size, organisations can improve upon their own resilience posture.

Increasingly, an organisation’s resilience depends upon the open communication and connection between a wide variety of its own systems and with other organisations. We’ve seen that it can be much more difficult to return to normal operations quickly when systems are not connected or when stakeholders are working in siloes.

This isn’t at all surprising. After all, when it comes to sharing and communicating, waiting until you’re in the middle of an unplanned event to pick up a phone or send an e-mail is entirely too late. You need to know that your systems can easily share information and have an established relationship with stakeholders well in advance of any difficult situation transpiring.

Ensuring that systems are connected and can easily share information may be relatively straightforward within a single organisation even when that organisation is distributed across large geographical areas or in different countries. For example, Leapp – a retail chain in the Netherlands specialising in the refurbishing and reselling of second-hand Apple products – has a unified security system in place that helps the business to monitor and share data and information across the entire company.

Leapp has 24 locations spread across the Netherlands, Belgium and Germany. Given the nature of its business, the company has always placed a high priority on protecting its staff and stores. While the business initially began by using disparate off-the-shelf systems at different locations, as the organisation grew such an approach became increasing difficult to maintain and manage.

With a single unified system, though, the company can now easily access and monitor all of its CCTV cameras both locally and from headquarters. The business knows that information gathered at one location can easily be shared with other locations. This can be useful when it comes to both making business decisions for the company and responding to unplanned events or emergencies.

Where improving communication and collaboration across a single, albeit distributed, organisation might be relatively easy, connecting disparate groups within or across communities can be more challenging. When considering the benefits, however, it becomes clear that overcoming these obstacles is well worth the effort.

When Japan was struck by a devastating earthquake and Tsunami back in 2011, one of the country’s main highways was destroyed. Within six days of the disaster, as part of that country’s emergency planning, the highway was completely repaired, including its road lane markings. This facilitated the movement of supplies and work crews into – and citizens out of – the affected area.

While road markings might not be at the top of everyone’s ‘To Do’ list following a natural disaster, the Japanese Government and other organisations were able to determine the best course of action required to address very real, but perhaps not so obvious problems through advanced communication and preparation. This allowed them to expedite the return to normal following the crisis, which increased the country’s resilience.

In many cities and for a variety of reasons, we see stakeholders who are not collaborating with one another. Business leaders, city planners, municipal infrastructure leaders, fire services and law enforcement can end up working in silos, ultimately leading to breakdowns in communication, missed opportunities and lapses in city security. This is felt most acutely during an emergency when silos turn into ‘blind spots’, in turn making a city and its people more vulnerable.

The ability to respond effectively to an emergency and return to normal as quickly as possible is a key measure of success for both organisations and Governments. Armed with the right tools, we can free ourselves from siloed thinking and work towards securing a productive future for both people and businesses alike.