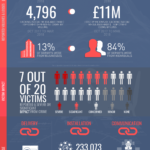 The City of London Police, the national lead force for fraud which runs Action Fraud (the national fraud and cyber crime reporting centre), has revealed that cyber crime victims lost £28 million between October 2017 and March 2018. These latest cyber statistics are based on the 12,372 cyber crime reports that were made in the same six-month period to Action Fraud. The City of London Police, which is a founding member of the Global Cyber Alliance, also runs Cyber Protect, its team dedicated to protecting the public and businesses from fraud and cyber crime.

The report also shows that, with 4,796 reports, hacking of social media and e-mail accounts was the primary reason for people reporting cyber crime to Action Fraud. These victims are believed to have lost a total of £11 million.

The key to protection from cyber crime is to always install the latest software and app updates on phones and computers as they contain vital security updates which help protect devices from viruses and hackers. A strong and separate password ought to be used for e-mail accounts as hackers can use e-mail to access many other personal accounts. Two-factor authentication (also known as two-step authentication or two-step login) where services support it is also advisable.

Pete O’Doherty, temporary Commander of the City of London Police, said: “Cyber crime is a growing trend. In particular, criminals are targeting social media users and online account holders in a bid to make money and steal personal details. This leaves victims out of pocket and at risk of identity theft. To avoid falling victim, it’s important that people keep a strong, separate password for their e-mail accounts. Always be suspicious of unsolicited requests for your personal or financial information and never call numbers or follow links provided in unsolicited texts or e-mails. Contact the company directly using a verified and trusted e-mail or phone number.” 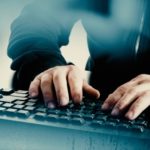 The initiative is targeted at businesses within the City and aims to reach those with very little knowledge of cyber-enabled crime threats, all the way up to individuals who hold IT security and risk roles.

Also, in October 2016, Action Fraud launched its 24/7 Cyber Helpline for businesses, charities and organisations that are suffering a live cyber attack. In the event of a live cyber attack, Action Fraud’s helpline gives access to specialist advisors who can offer advice and support in relation to reporting the attack. These reports are immediately sent to the National Fraud Intelligence Bureau where they’re assessed and sent to the relevant law enforcement agency.

The Global Cyber Alliance produces a guide on an e-mail security solution for businesses called DMARC which stands for Domain-based Message Authentication, Reporting and Conformance. It’s a simple, trusted and free solution that brings together e-mail authentication protocols and adds reporting and compliance.

In June 2016, the UK Government mandated that all Government departments adopt DMARC, while the EU-CERT has also made a recommendation for the use of DMARC.