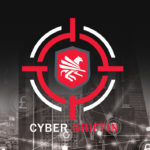 The City of London Police has launched a new initiative to make the Square Mile more secure from cyber attacks. Cyber Griffin will see specially-trained officers lead a series of community-focused exercises which will include threat briefings, incident response training and more. The initiative is targeted at businesses within the City and aims to reach those with very little knowledge of cyber-enabled crime threats, all the way up to individuals who hold IT security and risk roles.

As cyber crime increases and more online attacks are launched on UK businesses than ever before, officers in the force’s Cyber Crime Unit felt a community-based approach to tackling the problem was needed. Ian Dyson QPM, City of London Police Commissioner and national policing lead for economic crime, said: “As criminals working in cyber space become more sophisticated, it’s important we all have at least the basic skills to combat those that seek to do us harm. Through this initiative, the police and industry can work together to share skills and knowledge to protect ourselves from this evolving crime.”

Cyber Griffin will be based around three key deliverables. The first is centred on updates and threat briefings. Free-of-charge threat briefings will be designed to build basic defender skills in key areas with individuals from all levels of business welcome to attend. The events will provide officers with the opportunity to deliver the latest updates in intelligence and members of the business community to network with each other and share their experiences.

The second deliverable is focused on incident response exercises. Officers will deliver three different levels of incident response, all of which will provide an invaluable insight into police decision-making. The exercises will cover a basic response right up to an expert response played out in real-time for more senior members of business.

Third, there will be advisory groups. These groups will be made up of a wide range of experts from industry and the private sector, all capable of providing valuable insight to less experienced members of the business community. Police officers will carefully select individuals from businesses with dedicated threat intelligence and experience in cyber security to act as a problem-solving group for other businesses who have none.

Unique solution for a unique location

Sergeant Charlie Morrison, who will lead the Cyber Griffin delivery team, said: “Although cyber criminality challenges traditional policing as we know it, we are now more capable than ever to tackle the problem. However, it’s imperative we work with our local community to do this, especially so in such a unique area as the City of London which is full of businesses who have the potential to be the target for a cyber attack.”

Morrison added: “Cyber criminals specialise in looking for the weak spots in our security. Cyber Griffin is about the basics being done well. Through briefings, incident response drills and expert guidance, the aim is to make sure the fundamentals are right every time. In this case the best offence is a good defence.”

Assistant Commissioner Patricia Gallan has announced her intention to retire from the Metropolitan Police Service in August following nearly 31 years of dedication to duty. 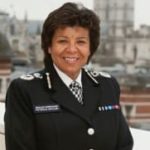 Gallan joined the Metropolitan Police Service in 1987 as a graduate entrant. She has spent the last 13 years’ service as a chief officer, undertaking roles in the National Crime Squad and as an Assistant Chief Constable in Merseyside Police. Gallan returned to the Met in 2012 as a Deputy Assistant Commissioner. She first led the Directorate of Professional Standards and then moved into Specialist Operations as DACSO.

In 2015, Gallan was promoted to Assistant Commissioner, leading Specialist Crime and Operations as a member of the Metropolitan Police Service’s Management Board.

“Pat has given extraordinary service to policing and can rightly be proud of what she has achieved and the contribution she has made,” said Commissioner Cressida Dick. “Always a passionate supporter of the Met and policing more generally, Pat has undertaken some of the most challenging and demanding roles and has always approached them with passion and determination. Not only has Pat given so much to the Met, but as the first black woman to reach the rank of chief constable she has been a role model and provided inspiration and coaching support to a great many more junior colleagues across the Met and more widely. I wish her well for the future.”

Gallan responded: “I have enjoyed my time in the Met as well as in other forces across the UK. At first hand every day, I have seen the commitment and professionalism of police officers and police staff, and I’m proud to have been a police officer and a detective in all of the Forces in which I have served. While I’m looking forward to new challenges, I will always be a strong supporter of policing and the Met’s people: its police officers and staff.”