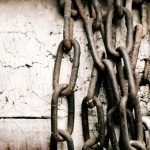 UK businesses are “woefully unprepared” for the Modern Slavery Act’s reporting requirement ahead of the key date of Friday 1 April. One-in-five UK supply chain managers are unaware of the new rules. 27% don’t fully understand what their business is required to do to, while one-in-four cannot name a single step they’ve taken to comply with the new law. More than half suggest they lack the skills to deal with modern slavery in their supply chains. Also, 68% of supply chain managers are now calling for legal and financial penalties in relation to non-compliance.

“Urgency and action appear to be scant in British businesses” before the new Government rules come into force this Spring, designed as they are to stamp out modern slavery in supply chains. That’s according to the results of a survey* conducted by the Chartered Institute of Procurement & Supply (CIPS).

From Friday 1 April, businesses with a turnover of more than £36 million will be required to report on an annual basis in relation to the steps they’ve taken to ensure modern slavery isn’t occurring within their company or its supply chains. With just over two months to go, though, the supply chain managers responsible appear “underwhelmed and unprepared” for compliance with the Act’s strict requirements.

Almost one-in-five (19%) of those UK supply chain managers who fall under the new rules are unaware of the requirements, with 38% unable to say when their first modern slavery report will be due.

Indeed, 40% haven’t even read the Government’s guidance. As a result, more than a quarter (27%) admit that they don’t fully understand what their business is required to do.

Even if they did find modern slavery in their supply chain, more than half (52%) of UK supply managers questioned by CIPS during the survey admit they wouldn’t know what to do.

The new rules are part of the Modern Slavery Act passed in March last year. The Act aims to prevent the use of forced labour in the UK’s economy by encouraging businesses to take a greater interest in the practices of their suppliers both at home and abroad. However, so far the Act’s impact appears to be limited, with only a very small percentage of British businesses taking proactive steps to tackle the issue.

Just a third of supply chain managers claim to have mapped their suppliers to understand the potential risks and exposure to modern slavery, while only 41% have ensured that all workers in the UK within their supply chain receive the minimum wage and duly apply robust immigration checks.

Less than 28% of businesses in this group claim to have provided training on modern slavery for their employees and local suppliers. That’s despite a quarter of the procurement professionals surveyed citing lack of skills as the main obstacle in dealing with the issue.

David Noble, Group CEO at CIPS, commented: “The Modern Slavery Act reporting requirement means that businesses can no longer afford to ignore slavery issues from either the moral or commercial standpoints. If they’re unable to convincingly outline the steps they’re taking to eradicate human exploitation from their supply chain, then they risk damaging both their reputation and their bottom line.”

Noble continued: “The Act means it’s no longer acceptable for businesses to ignore what they cannot see. It’s true that the modern supply chain is becoming longer and more complicated, but it’s possible to take definite steps to put a process in place that achieves the necessary level of transparency and traceability, ensuring that their procurement practices don’t contribute towards modern slavery at any stage in the supply chain.”

In conclusion, Noble explained: “Our survey’s findings suggest that good intent isn’t yet translating into action. With little motivation and no sanctions to speak of, this requirement rests on goodwill and general awareness. Consumers, communities and businesses deserve better.”

*The CIPS survey was conducted between 7 and 21 December 2015 among 469 members of the organisation, of which 259 members are employed at businesses with annual turnovers of £36 million or above