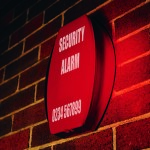 The National Police Chiefs’ Council (NPCC) is in the process of issuing a new policy on police response entitled Police Requirements and Response to Security Systems. The all-new NPCC policy is designed to replace the ACPO Security Systems Policy last updated in April 2014.

Based on a draft document seen by the National Security Inspectorate (NSI), the NPCC’s Police Requirements and Response to Security Systems is said to remain “substantially the same” as the previous ACPO Security Systems Policy. In addition, there are apparently no changes planned in relation to Unique Reference Number – or URN – fees.

However, changes to the document are, according to the NSI, understood to include the following:

The following additional advice will be outlined in Appendix H with regard to police advice to members of the public:

*Terms which transfer inappropriate risks to consumers may be unfair and one kind of risk that should not be unfairly imposed on the consumer is that of the supplier’s own insolvency. This may occur where the purchase price of goods or services – or a large part of it – is demanded substantially earlier than is needed to cover the supplier’s costs. Such a pre-payment assists the cash flow of the supplier, but is liable to be lost to the consumer if the business is wound up before completion of the contract

The new NPCC Police Requirements and Response to Security Systems Policy should be available soon from the Secured By Design website. Security professionals are urged to refer to this website for further details. Note also that the new URN application forms are now available to use

Security systems are one of the many but essential tools in the fight against crime, in particular burglary and theft. The British Crime Survey consistently shows that intruder alarms do reduce the likelihood of burglary.

The ACPO Security Systems Policy has always been a public document designed to afford details of police response and outline the necessary requirements and guidance for those professionals in the private security sector involved in providing installation, maintenance and monitoring services for such systems.

To date, the ACPO Security Systems Policy has been specifically designed to:

All the while there has been recognition that the enforcement of standards should not be a police function.