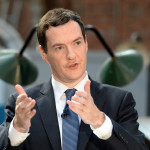 Britain must be prepared for ISIL to develop the capability for cyber warfare. That’s the stark warning issued by Chancellor of the Exchequer George Osborne this morning in a major speech at GCHQ.

In the first address to be given by a Chancellor at the home of British intelligence, Osborne announced that he’s prioritising security in his Spending Review next week, and paid tribute to the work of the intelligence services in foiling plots against the UK.

The Chancellor has committed to increasing spending on cyber security to £1.9 billion by 2020, with 1,900 new staff promised across the three intelligence agencies and the first National Cyber Centre, which will be home to the country’s first dedicated ‘cyber force’.

The Chancellor, who chairs the Covernment’s Cyber Committee, outlined details of a new National Cyber Security Plan, put together to ensure Britain can keep itself safe from a rising tide of attempted online attacks against business, infrastructure and individuals, in turn ensuring we remain at the cutting edge of the global cyber economy.

Osborne argued that everyone – individuals, businesses and the Government – must play their part in countering the growing threat from cyber attack. Britain must be prepared for ‘hybrid conflicts’, asserted the Chancellor, played out in cyber space as well as on the battlefield.

Speaking at GCHQ in Cheltenham, the Chancellor said: “As a nation determined to live within our means, we’re facing painful choices and the hardest of decisions. You will see that next week, but the Prime Minister, my colleagues at the top of Government and I have decided that we have to make cyber security a top priority if Britain is to be able to defend itself now and in the future.”

Osborne continued: “Today, I’m announcing a plan to do precisely that. It’s a bold and comprehensive programme that will give Britain the next generation of cyber security, and make us one of the safest places to do business online. It will give our companies and our citizens’ confidence that their cyber safety is being properly protected. It will also ensure that Britain remains at the cutting edge of the global cyber economy.”

In conclusion, the Chancellor stated: “In the Spending Review, I’ve made a provision to almost double our investment to protect Britain from cyber attack and develop our sovereign capabilities in cyber space. This provision amounts to £1.9 billion over five years. If you add the spending on core cyber security capabilities to protect our own networks and ensure safe and secure online services, the Government’s total cyber spending will be more than £3.2 billion.”

There will be a stronger Active Defence Programme including:

A new Institute for Coding in the shape of the Centre for Digital Skills and Computer Science will enable training of the nation’s next generation of coders. The Government will launch a competition to attract joint collaborations between universities and business for a capital prize of £20 million focused on digital skills and computer science.

An ambitious new cyber skills programme is promised. This is designed to build cyber skills for the future in Britain. It will include identifying young people with cyber talent and providing them with training, after-school expert mentoring sessions and pathways into a variety of cyber careers. There will also be new higher and degree-level cyber apprenticeships focused around protecting key sectors such as finance and energy.

A stronger regulatory framework will see bolstered regulation in sectors defined as Critical National Infrastructure. Through the National Cyber Centre, a new programme of work is to be orchestrated with businesses across the economy to ensure that they have the right defences in place.

The Government is planning to create a new Cyber Innovation Centre in Cheltenham specifically to house cyber start-ups in their early months, giving them the best possible support and drawing on the cyber talent and resources available in the South West.

Commenting on today’s announcements by the Chancellor, PwC’s cyber security partner Richard Horne said: “The threat from cyber attacks is constantly developing. New perpetrators can acquire capability or access to target organisations rapidly through the criminal market. The increased investment by the Government is welcome, but even more important is continuing to increase the focus and investment across the UK economy and society as a whole. In today’s digital world, we’re incredibly interconnected and interdependent. One organisation’s weakness could be exploited to cause an impact elsewhere. Protecting ourselves from the impact of cyber attacks is a common endeavour for all organisations and also for individuals.”