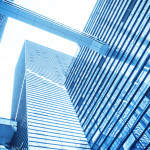 The CCTV in the Workplace survey was carried out after the Government announced that it was planning to cut funding to its CCTV network which helps many UK businesses to protect their premises, staff and customers

NG Bailey’s IT Services division – a specialist in the design, supply, installation, management and maintenance of IP CCTV solutions – has just announced the findings of its detailed CCTV in the Workplace survey.

The CCTV in the Workplace survey questioned 1,017 UK workers and was carried out by independent research provider The Leadership Factor in January this year. Although the Government’s current CCTV network is outdated and hugely costly to local authorities, the views of the workers polled in the survey prove there’s a real need for effective CCTV solutions.

Key findings of the CCTV in the Workplace survey – conducted after the Government announced it was planning to cut funding to its CCTV network which helps many UK businesses protect their premises, staff and customers – include the following:

*63% worry about their personal security at work

*63% have experienced a security issue in the workplace such as violence, theft, unauthorised intrusion, fraud or another form of illegal activity

Unfortunately, the expressed fears of those workers questioned reflect a worrying trend for UK businesses. In 2014, the Home Office’s study of crimes against business – entitled the Commercial Victimisation Survey – found that UK wholesale and retail premises had experienced 5.9 million crimes in 2014. Not surprisingly – and quite reasonably – this is causing workers to demand improvements to their working environments and the CCTV systems within.

Indi Singh Sall, technical director at NG Bailey’s IT Services operation, commented: “For the last 20 years many businesses have used the CCTV network to protect their premises, staff and customers. Given the Government’s plans, we felt it was important to gauge attitudes of workers towards CCTV in the workplace in order to help organisations plan for the future.”

While the CCTV in the Workplace survey has uncovered some issues around safety and security, the new generation of IP-based CCTV solutions is moving beyond security as the sole purpose of the operation. This is highlighted by the fact that respondents are demanding more than crime prevention from a CCTV system: 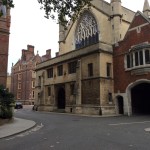 The Honourable Society of Lincoln’s Inn headquarters in London

Robert Schwier, estate manager at The Honourable Society of Lincoln’s Inn, commented: “Like many of the organisations questioned for the CCTV in the Workplace survey, our legacy CCTV system had focused on combating theft and protecting our historic listed buildings. However, the decision we made to move to an IP-based CCTV system enabled us to install a future-proofed network that can also support upgrades to other building systems, dramatically reducing the impact of future installations and enabling our systems to work together on an intelligent basis and in ways that haven’t been possible before now.”

Businesses that have relied on the Government’s CCTV system now face a decision to buy and maintain their own surveillance solution, partner with businesses in their area to create a network or otherwise use an outsourced CCTV network provider. This means that, as well as having to find the cash, they may also need to acquire the skills to procure, install and maintain their systems.

For those organisations that choose not to replace or upgrade CCTV systems, a rise in insurance costs must surely follow.

The future of CCTV is now

Britain’s CCTV technology is evolving rapidly, from standalone analogue systems to those that are managed digitally via an organisation’s IT network. CCTV can now integrate with the other systems that share the network, like swipe card access control and site-wide floodlighting, in turn creating a centralised, co-ordinated and automated system that increases both the safety of personnel and the security of a site’s assets. As a result, businesses are seeing some serious benefits.

Indi Singh Sall concluded: “The fact that companies are being forced to extend their systems in response to the cutbacks in public sector CCTV may turn out to be a blessing in disguise. Not only will these businesses be able to reassure a concerned British workforce, but many will find that their new networked systems will serve their businesses in ways they had not previously considered.”

*To illustrate the versatility of today’s IP CCTV systems, NG Bailey has created Smarter Security, an interactive online cityscape which enables visitors to explore the wide variety of applications for which the technology can be used. Visit: www.smarter-security.co.uk for more detail