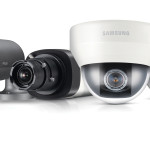 Is the UK’s CCTV ‘boom’ coming to an end?

On Thursday 15 January, the online BBC News magazine published an article penned by reporter Rachel Argyle entitled The end of the CCTV era? The piece states that some local authorities are questioning whether further investment in video surveillance can be justified. That being so, is this potentially the end of a long period of sustained growth for the video surveillance industry? Peter Ainsworth confidently predicts that nothing could be further from the truth.

Rachel Argyle’s detailed discourse begins by focusing on 1994 and the (then) Conservative Government’s all-new Partners Against Crime initiative driven by (then) Home Secretary Michael Howard, a politician very much part of the pro-CCTV lobby.

Indeed, within three years Howard’s department – working in conjunction with local authorities – would invest some £120 million in a plethora of surveillance schemes the length and breadth of the country.

However, it appears that some local councils – Powys County Council and the local authority of Cornwall, for example – are now set to cut monitoring budgets while others such as Birmingham’s managers are also, according to Argyle’s report, “scaling back” their CCTV operations.

In addition to comments emanating from Big Brother Watch director Emma Carr – who believes that it’s a good thing councils are diverting CCTV resources to other areas that will “keep the public safer” – Argyle also quotes Charles Farrier, spokesperson for No CCTV.

“The alleged cost-cutting is leading to a restructuring rather than a real reduction of camera surveillance,” states Farrier, who also points out that budget cuts will see others jump to the rescue. “Often,” continues Farrier, “the solutions offered involve merging Control Rooms or taking cameras out of the hands of democratic local bodies and placing them with private management companies driven by a profit motive.”

Open Platform ushers in a new era for video surveillance

While in recent years town centre monitoring schemes have represented a major source of revenue for all involved in the video surveillance supply chain, as British Security Industry Association chairman Pauline Norstrom states in the BBC News magazine article, public sector cameras are outnumbered by private sector cameras on a scale of 70 to 1.

The private sector is continuing to invest in – and, indeed, rely upon – video surveillance to help deter and detect criminal activity, with the latest generation of High Definition (HD) IP network cameras proving to be very popular among those end users who require evidence grade images.

The massive processing power of DSP chipsets incorporated within the latest generation HD cameras means that there are now some great opportunities to provide end users with significant added value from their video surveillance systems. 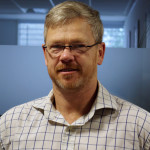 It’s a win-win situation for all parties, really, including the manufacturers of cameras and recording devices who understand the value of working in partnership with specialist software development companies.

It’s most certainly an opportunity for systems integrators and the installers of video surveillance solutions, whether they operate in the IT arena or as part of the more traditional electronic side of the industry.

Open Platform is a phrase that we will hear used on an increasing basis. It relates to the opportunity to take advantage of the spare processing power of a camera’s DSP chipset in order to download and run edge-based Applications in a similar way that you would add and Apps on a smart phone, with the added bonus of reducing the need for dedicated video analytics servers by up to 90%.

Most currently available Open Platform cameras are only capable of running one Application, but the processing power of the WiseNetIII DSP chipset, for example, provides end user customers with the option to run multiple Applications at the same time.

On-board Applications create opportunities for cameras to be used for multi-tasking, with various departments across a business or organisation able to simultaneously collect and analyse valuable management information via different specialist video analytics Applications.

They also afford operational managers the potential to improve efficiencies in areas such as process control, Health and Safety, marketing and Human Resources (HR) management, as well as enhancing the ability of security personnel themselves to react quickly and effectively to any given security threat.

Retailers, for example, can use cameras with an Open Platform capability to integrate with other in-store systems, software and technologies such as EAS, EPoS, access control, ANPR, facial recognition, people counting, heat maps and HR data. They may also analyse customer traffic patterns, manage queues or understand the implications of customer behaviour in relation to signage, store layout and specific promotions, etc.

Today’s design engineers are playing a key role in securing the video surveillance industry’s future by providing installers and systems integrators alike with the opportunity to offer bespoke solutions that meet the requirements of a range of market sectors. Those sectors include banking, education, healthcare, retail and transportation, etc and, indeed, local authorities wishing to achieve a higher RoI from their investment in town centre monitoring schemes.

In The Learning Zone