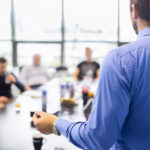 Security solutions provider Cardinal Security has announced the forthcoming introduction of the Cardinal Training Academy, which will perform a vital role in attracting new entrants to the industry. Scheduled to open in August 2017, the Training Academy is already attracting a great deal of interest as one of the stated aims of this move is to “shape the future” of the security guarding sector.

The brainchild of the company’s CEO Jason Trigg, the Cardinal Training Academy will provide delegates with all they need to know about the latest guarding techniques, alongside the detail of ways in which technology can assist them in their roles.

Trigg commented: “If a security officer doesn’t have the skills, talent and basic training needed to use the technology-based tools at his or her disposal, the concept of ‘intelligent guarding’ will never progress. However, we mustn’t forget that, above all else, security guarding is a people-focused service. I believe the key to long-term success involves bringing the two worlds together.”

Located at Cardinal Security’s headquarters in Essex, the Cardinal Training Academy is a Highfield Awarding Body for Compliance (HABC) Approved Centre and its security qualifications are fully-endorsed by the Security Industry Authority (SIA). With a classroom-based approach, it introduces an ‘intelligent guarding’ concept that integrates the duties of a security officer with technology, electronic systems and the subsequent data produced.

A range of modules have been designed following consultation with end users and academics and a survey of a large number of current officers for ‘grass roots’ feedback. The modules will include loss prevention, report writing, understanding crime partnerships, behavioural analysis and profiling, Health and Safety, investigation skills, data and intelligence gathering, First Aid and customer service skills.

Training will also focus on the psychology of good security guarding and how to work as part of a team with non-security based personnel. When delegates finish their training they’ll be equipped with the skills needed to fulfil their roles in a range of different sectors.

Keith Rogers, operations director at Cardinal Security, explained: “Issues such as Brexit are likely to have a serious impact on how we obtain personnel. At the moment, security services providers are recruiting from a diminishing pool of talent. For instance, in 2014 there were 382,377 active SIA licence holders in the UK. In 2015, this figure had fallen to 376,472 and, today, the numbers stand at approximately 360,965. The problem is worsening and the lack of diversity in terms of gender, ethnicity and age in the industry is nothing short of shocking. By way of example, in 2015 only 9% of the SIA’s licence holders were women. We’re reacting positively to the challenges ahead. Those progressing through the Cardinal Training Academy will redefine what it means to be a security officer.”

The training and ongoing development offered by the Cardinal Training Academy will encourage new entrants into the sector and create a more diverse workforce. There’s a rigorous pre-selection process and specific entry criteria. The overriding aim is to attract bright, dynamic and motivated individuals who haven’t worked in the security guarding sector to date.

“The security industry has much to do in terms of increasing the professionalism of those working in it,” concluded Jason Trigg. “The Cardinal Training Academy will go a long way in terms of helping to achieve this objective. Just as importantly, it will engender a sense of pride and realise loyalty and commitment to the guarding role, while also offering a defined career path.”

The overriding importance of that last point cannot be overstated.