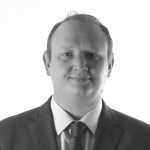 Hardly a day passes without further news of the latest activity at Calais hitting the headlines as more details are unearthed on the desperate measures taken by migrants in their bid for sanctuary in the UK. Peter Jackson offers his considered views on the matter.

Much of the media focus in recent weeks has been on the industrial action taken by the former employees of MyFerryLink in Calais resulting in the repeated implementation of Operation Stack and the plight of the residents, local businesses and tourist traffic affected by the closure of the M20 motorway as well as disruption to the estimated £100 billion of annual trade facilitated via the Dover-Calais ferry route.

One of the other consequences of the strike action is that the Eurotunnel Freight and Le Shuttle services in nearby Coquelles have been overwhelmed. It’s here that, in large numbers, migrants have openly been taking advantage of the ensuing chaos by scaling, cutting through and storming security fences in their attempts to access the cross channel trains.

The Guardian reported that, over the course of one particular night, there were around 2,000 attempts to breach the fences at the Eurotunnel terminal.

According to BBC News, in the first six months of 2015 alone, Eurotunnel has spent £9.2 million on reinforcing security, which includes fencing, infrared CCTV and more security officers.

Recently, the UK Government announced it would be providing an additional £7 million to fund immediate measures designed to improve security in Calais and Coquelles, including new fencing at the entrance to the Channel Tunnel and terminal.

There are currently around 5,000 homeless, hungry, scared and desperate men, women and children who find themselves existing in a state of uncertainty in makeshift camps and sleeping rough in and around Calais. They’re determined to gain entry into the UK at virtually any cost. Their attempts to do so inevitably lead to conflict and confrontation with those responsible for keeping them safely where they are until they can be ‘processed’ through a system now operating at breaking point.

What’s the solution to this problem?

Clearly, the situation in Calais represents more than a short term immigration problem for the UK or an irritation to the residents of Kent from Dover to Maidstone. It’s part of a global humanitarian crisis which the UN cites as ‘the worst migration problem since World War II’, with some 38 million people displaced outside of their countries.

It’s an issue that needs to be addressed holistically and with sensitivity and compassion. The response demands to be both comprehensive and sustainable.

While Governments, regimes, NGOs, aid agencies and some of the brightest and most influential people in the world attempt to make progress from the same agenda, it’s worth reflecting on the fact that UK security services and our security industry in general already plays an important role in helping the authorities in Calais and Coquelles to at least better manage the situation.

Speaking as the CEO of a manufacturing businesses located minutes from the M20 and less than six miles from the Channel Tunnel entrance, the events in Calais resonate strongly with me on a personal level and have certainly made an impact on the company. We rely on the cross channel services to receive materials and to ship finished products to customers on the European mainland, while the M20 and M2 motorways provide us with access to the national motorway network which we use to make deliveries to UK customers and to other sea and air freight ports.

With my ‘perimeter security expert’ hat on, I can see that what’s needed at Eurotunnel is a fencing solution with the capability to help diffuse some of the tensions.

A well-engineered and fit for purpose security fence can act as a great mediator. It doesn’t take sides. It’s apolitical and it doesn’t become angry or react in frustration. It simply is what it is: a barrier to unauthorised access to an area.

If the security fence performs no more than that function with complete reliability, acting as a physical deterrent, withstanding determined attempts to cut through its fabric, burrow under its base, storm its structure or scale over its defenses, then it will reduce the risk of exposure to serious injury – or worse – for migrants and police officers alike. In short, it’s beneficial for all parties.

However, as recent news footage has been quick to highlight, if the security fence fails then it could exacerbate the problem because it gives desperate people false hope and promotes higher risks being taken in attempts to exploit its weaknesses.

Next generation of security fencing

There’s no doubt that the existing fencing systems would have been perfectly serviceable for the threats identified at the time of specification, but they’ve proven to be inadequate against the different, more aggressive and frequent attacks carried out by greater numbers of people over the recent past.

The lessons have been learned. I’m certain that the next generation of fencing will be specified to cope with any foreseeable escalation in means, force and frequency of attack.

I don’t believe that any of us involved in the higher end of the perimeter security industry subscribe to the idea of creating an ‘anti-immigration fence’. Rather, we would wish to provide a ‘protect and defend barrier’ which serves to keep everyone safe.

Respective Governments have yet to arrive at a solution to the systemic causes for the global migration crisis. The new perimeter fencing will be just one of many individual actions which, collectively, make a small but worthwhile contribution to assist with what is a very real and ongoing humanitarian crisis.