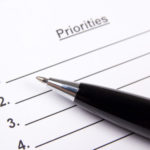 When it comes to new spending, IT Departments have two rather clear priorities: securing their data and continuing the transition to the cloud. The lowest priority appears to be disaster recovery/business continuity. That’s according to Computer Economics’ annual IT Spending and Staffing Benchmarks Study 2017-2018.

Given the constant array of new threats facing IT Departments every day, it’s absolutely no surprise that security is a major priority for those professionals resident within. Stories of malware, ransomware, phishing attacks and security breaches are a near constant in the national and trade media, with the cost of repairing the damage and regaining customer trust also increasing.

At the same time, cloud applications and infrastructure not only improve security, but also enhance budget flexibility, which allows IT Departments to more effectively respond to the needs of the host business.

The lowest priority for new spending was disaster recovery/business continuity, with a net 38% of respondents reporting increases. Despite being the lowest priority, the study does outline a noticeable increase in disaster recovery/business continuity spending growth. Only 33% of respondents reported increased spending in this area last year compared to 38% in 2017.