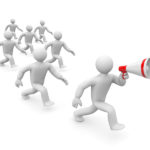 Despite the clear benefits of integrating voice evacuation as part of a life safety infrastructure, there’s no mandatory requirement in the UK to do so. Ian Bridgewater explains the standards that relate to the design, specification and installation of voice evacuation technology and how such systems can keep people safe.

When confronted with an emergency situation, people don’t always react as expected. It might seem logical to suggest that in the event of a fire people would panic and react immediately, but this type of behaviour is considered a myth as, in many cases, the sound of a fire alarm is either completely ignored or building occupants otherwise look for the reaction of others before doing anything themselves.

Pre-movement time – the time it takes from an alarm sounding to the building occupants initiating their escape – is very significant and, in some instances, more significant than the distance travelled to an exit.

If further proof were needed about the reluctance of certain people to act appropriately in a fire alarm situation, it’s worth remembering the events of 8 May 1979, when a fire broke out on the second floor home furnishings department of the Manchester branch of Woolworths, leading to the deaths of ten people. It transpired that a number of customers in the restaurant refused to leave the store and that some even continued to queue at an abandoned checkout. It was suggested that those in the restaurant section simply refused to leave because they had just paid for their meals.

Since the tragic events of that day, it seems that little has changed. A survey conducted by the Building Research Establishment found that, in the event of a fire, only 13% of people responded to a bell or sounder warning, while 45% reacted to a written text message display. Yet, what is particularly interesting was that some 75% responded positively to a spoken message from a voice evacuation system.

Whether it’s a rail terminal, a workplace, a school, a sports stadium, a Shopping Centre or a restaurant, the principles of getting people to a safe place are the same. The ability to easily navigate a route to safety is crucial, yet evacuation from public buildings is usually hindered by a lack of detailed knowledge of the internal connectivity of the building space, along with confusing and poorly thought out instructions.

Studies have shown that occupants tend to use familiar routes – typically using the exit through which they entered the building. Research conducted by the University of Greenwich, which has undertaken a study called Human Behaviour in Fire Networks (HUBFIN), discovered that only 38% of people see passive signage in an emergency. Voice evacuation systems, however, are able to communicate any dangers simply and effectively and without any ambiguity, giving clear directions about how occupants need to react.

Standards and increased support from manufacturers are helping to further awareness of the benefits of using voice evacuation systems. Foremost is BS 5839 Part 8, which is the Code of Practice for the Design, Installation, Commissioning, Servicing and Maintenance of Voice Evacuation Systems here in the UK. It states that a true voice evacuation system is a highly secure public address (PA) system which includes several features such as monitoring of all internal and external circuits, a number of pre-recorded emergency messages, battery back-up and a monitored secure link to a fire alarm panel. BS 5839 Part 8 defines five types of voice evacuation system, ranging from automatic evacuation to full manual control, with the specification depending on the cause and effects of the fire detection strategy. It also provides specific requirements for audibility and intelligibility of the system.

BS EN 54 is a suite of European guidelines that harmonises fire detection and fire alarm system design, installation and servicing. BS EN 54-16 specifies that a rack system must be certified as a complete unit. It’s not viable to use components from various third party suppliers, as this doesn’t guarantee integrity and reliability. Also, since the Construction Products Regulation came into force, it’s illegal for a manufacturer to sell voice evacuation products that are not third party certified to EN54-16 for voice alarm control and indicating equipment, EN54-4 covering power supplies and EN54-24 for loudspeakers.

As with any proposed life safety equipment installation, it’s first of all necessary to carry out a full risk assessment. The introduction of the Regulatory Reform (Fire Safety) Order 2005 (RRFSO) brought together all the elements of fire safety. It places the onus on a designated ‘responsible person’ within an organisation to carry out assessments to identify, manage and reduce the risk of fire. When it comes to fire detection, the RRFSO states that the primary purpose is to detect the presence of fire at an early stage and provide audible and/or visual warning to the building occupants to allow for an orderly evacuation.

Within high rise buildings, for example, ensuring that a voice evacuation system is fit for purpose and commissioned so that in the event of a fire people are guided to safety in a structured manner is imperative. The latest state-of-the-art ‘intelligent’ voice evacuation systems incorporate a number of essential features that can prioritise which levels to evacuate first as part of a phased evacuation strategy, thereby avoiding a potentially catastrophic mass stampede. This is particularly important in multi-use locations where floors can be used for different purposes.

Most modern networked systems are also equipped with a live speech capability so that, when necessary, the pre-configured messages may be overridden and people spoken to directly. Also, if a building houses a number of people who have impaired hearing, a voice-based system can be used in conjunction with flashing beacons to provide a visual indication that there is indeed a fire alert.

Surprisingly, in the UK there’s no regulatory requirement for buildings to have a voice evacuation system installed, even though buildings requiring phased evacuation can benefit from an element of voice as part of a comprehensive detection and response strategy. This is in stark contrast to some other countries, such as the United Arab Emirates (UAE), which has introduced some leadership to this subject with its Fire and Life Safety Code of Practice.

Now considered one of the world’s definitive documents on life safety provision, adherence to this Code of Practice is mandatory on all new UAE building projects. It classifies any building with seven or more levels as a high rise and states that, in these locations, a voice-based evacuation system must be used. However, it isn’t only seven-storey buildings where this type of fire safety system is a must – structures larger than 2,800 m2, or which have 1,000 persons living or working in them are also included, as are warehouse or distribution facilities of 5,000 m2 or more.

Likewise, Germany’s DIN VDE V 0827 standard for emergency and danger response systems was implemented in July 2016 with the objective of providing technical assistance for emergencies and dangerous situations. Requirements are now in place governing the technical systems that trigger alarms in dangerous situations, call for help, warn those involved or issue audible instructions.

More than meets the eye

As well as performing a fundamental role as part of a life safety infrastructure, a voice evacuation system can also maximise return on investment by acting as a PA solution to issue audible instructions in addition to broadcasting pre-programmed voice messages, live announcements or even music. 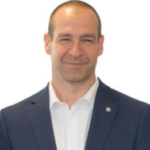 A terrorist incident, a traffic accident, an intruder, air pollution or even a dangerous dog roaming around are some of the situations that could require clear communication within a building. UK schools, for example, are increasingly looking to develop coherent strategies for lockdown procedures. They can use voice-enabled technology to allow emergencies to be immediately reported to a central location and the nature and extent of the danger to be verified, as well as enable measures for assistance to be taken immediately.

In a fire situation, minutes and even seconds could mean the difference between life and death. Even though voice evacuation has obvious benefits, the regulations are lacking and this type of technology is still principally used only as directed by a Fire and Rescue Authority, or where the provision of a PA system to meet other needs makes the incremental cost significantly lower than where a simple upgrade from sounders is being considered.

However, there are now growing calls for tighter regulation that makes the use of voice evacuation in certain environments mandatory in the UK. These calls should be actively supported.