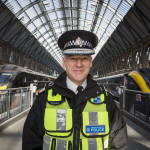 The British Transport Police (BTP) – the dedicated police force for trains and tube services across England, Scotland and Wales – has just published annual figures showing an overall drop in crime on the rail network of more than 8% compared with the previous year while theft of passenger property has fallen by 16%. However, incidents of violent crime are reported to be on the rise.

Commenting on the BTP’s Annual Report, Deputy Chief Constable Adrian Hanstock stated: “I’m delighted to be able to say that crime on Britain’s railways has fallen for the eleventh year in a row. This is a remarkable achievement directly reflecting the excellent work conducted day-in, day-out by officers and staff of the British Transport Police. We pride ourselves on our specialist knowledge and experience of the railway environment, as well as our close relationships with rail companies and local police forces. This puts us in a unique position to meet passengers’ needs and keep people safe.”

Hanstock went on to comment: “BTP is always looking to pioneer new and inventive ways of confronting crime, whether that’s through the use of evidence-based policing, the work of our specialist mental health team, the introduction of body-worn video for patrol officers or the growing use of our 61016 text messaging service.”

In 2014-2015, BTP recorded a total of 46,688 notifiable crimes, down from more than 50,000 in the preceding 12 months. At least in part, this improved performance is due to major successes in a number of key areas, among them the effective targeting of robbery and fraud offences – both of which are down by 18% – and the aforementioned reductions in the theft of passenger property such as smart phones and tablets.

There’s still much more work for the force to tackle, though, as not all categories of crime have experienced a decrease. For example, an additional 724 violent crimes were recorded by BTP in 2014-2015.

As stated, this represents a rise of 8%, albeit this is much lower than the average rise reported by the Home Office. The majority of cases were apparently lesser types of assault involving pushing and shoving rather than those resulting in more serious injuries.

“The rise in violent crime is a concern,” explained Deputy Chief Constable Hanstock, “but it’s also worth noting again that the chances of becoming the victim of any crime are small. The use of more officers patrolling late-night trains and at peak periods, as well as our extensive CCTV network, is helping to halt this rise. What’s worrying is that, in a disproportionate amount of these offences, it’s police officers or railway staff that are the victims of assault, often as a result of their intervention in seemingly ordinary incidents such as non-payment of fares or petty anti-social behaviour.” 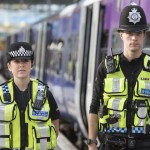 Despite this increase in minor assaults, significant progress has been made in response to robbery offences as BTP continues to drive down some of the most serious offences on the railway. A total of 358 robbery offences were recorded across England, Scotland and Wales during 2014-2015. This figure represents a drop of 18% compared to the 436 offences recorded in 2013-2014.

Deputy Chief Constable Hanstock commented: “Robbery has a profound impact on victims due to the associated fear of violence and theft of their personal items. We’ve been doing everything in our power to make sure this is not something people have to worry about on their journeys. Thankfully, n the context of the total number of crimes committed on the railway, robbery is very rare although we fully recognise this has not always been the case. Robbery has fallen by 86% during the past eleven years, meaning there is now less than one incident per day across Britain. That’s down from more than six offences per day in 2003-2004.”

A similar success story has been the continued progress of BTP’s Operation Magnum, a public awareness campaign designed to advise passengers on the most common tactics used by thieves, including pickpockets, and how to avoid becoming a victim.

In 2014-2015, the theft of passenger property such as bags, smart phones or other devices on trains and at stations fell by 16% compared to 2013-2014, with 2,314 fewer recorded offences. In point of fact, similar decreases have been witnessed across each of BTP’s regional divisions.

“Everyone has the right to travel on the railway without being concerned about their possessions being stolen,” urged Deputy Chief Constable Hanstock, “which is more important than ever given the number of devices and gadgets many people routinely carry with them on their journeys. Through Operation Magnum, and our well-publicised ‘tactics’ videos, we’ve demonstrated the ways in which thieves try to exploit the railway, in turn making people more vigilant and restricting opportunities for criminals. We’ve carried out significant work in making people aware of distraction and diversion techniques that individuals use in enclosed, busy locations on trains and at stations. A lot of operational work is also underway, such as the large-scale dawn raids by officers in west London last September when 13 people were arrested and 1,000 smart phones were seized. This latest reduction shows that the public have taken notice of the campaign and reinforces our message – for anyone hoping to carry out a crime, the railway simply isn’t the place to do it.” 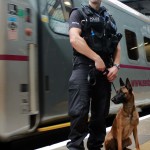 BTP has set itself long-term targets around reducing both crime and disruption while at the same time increasing passenger confidence. Findings from the latest National Rail Passenger Survey, which measures rail user satisfaction, shows passenger confidence is currently at more than 77.75% (which is above BTP’s target figure). A significant element of increasing passenger satisfaction lies in BTP’s successful management of disruption incidents and the safeguarding of vulnerable people.

“While it’s encouraging to compare our current level of performance to last year and note these improvements,” said Deputy Chief Constable Hanstock, “the outcome is even more remarkable when you reflect on the progress made over the last eleven years. In that time, vehicle and cycle crime has been driven down by 39%, meaning 4,600 fewer offences, while 19,000 fewer people have been the victim of the theft of property, with crimes of this type down 61%. All of this has been achieved against a background of a growing industry, increasing passenger numbers and large-scale investment in infrastructure.”

Demand for the skills exhibited by BTP officers and staff will, of course, be even greater with the opening of Crossrail, plans for the HS2 link and the introduction of night services on the London Underground network.

“The 12-month period covered in this report represents our first year following a national restructure which enabled us to successfully reduce bureaucracy, forge greater alignment with our colleagues in the rail industry and achieve the majority of our national policing targets, including spending more of our budget on front line resources and increasing passenger confidence,” stated Deputy Chief Constable Hanstock.

“Despite this success, BTP is keen to improve further. We remain an ambitious force. As we continue our transformation, we’re already well advanced with plans to introduce cutting-edge technology involving better integrated computer systems, handheld mobile devices, body-worn video cameras and more extensive use of targeted CCTV cameras. Each of these initiatives will take a little more time to introduce, but I’m confident that, once in place, they will help consolidate BTP’s position as an outstanding police force, delivering first-rate services to make sure that all customers and staff arrive at their destination in a safe and secure manner and on time.”