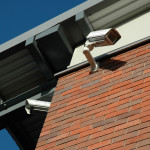 The British Security Industry Association (BSIA) has published a revised version of its Code of Practice relating to the Maintenance of CCTV Surveillance Systems (BSIA Form 120) to ensure that its guidance is co-ordinated with the principles of the Surveillance Camera Code of Practice.

The revised Code of Practice complements the updated Code of Practice and associated guidance for the Planning, Design, Installation and Operation of CCTV Surveillance Systems (BSIA Form 109) which was published in 2014, and aims to reflect the current CCTV landscape in terms of new standards and the constant evolution of technology in this arena.

Dave Wilkinson, director of technical services at the BSIA, commented: “The BSIA has developed this guide into a full Code of Practice and updated it in order to ensure that its contents are fully aligned with current Government thinking, as set out by the Surveillance Camera Commissioner’s Code of Practice.”

Wilkinson continued: “BSIA members are supportive of the work of the UK’s Surveillance Camera Commissioner and we’re pleased to be able to update the Code of Practice to align with this important work.”

As part of its commitment to ensuring that the BSIA’s guidance reflects the very latest CCTV standards, the Association is also currently producing guidance surrounding the new BS EN 62676 CCTV standards which are being published in the UK and already feature on the Surveillance Camera Commissioner’s website as good practice in the area of the use of CCTV.

The BSIA’s Code of Practice for the Maintenance of CCTV Surveillance Systems (Form 120) can be downloaded from the following link: www.bsia.co.uk/publications

Ten representatives of BSIA member companies have received recognition in the IFSEC International Top 50 Most Influential Professionals in Security and Fire listing for 2015.

The Top 50 rankings are compiled by UBM – organiser of IFSEC and FIREX International – following a public vote and deliberation by a panel of judges sourced from across the fire and security sectors. The rankings are specifically designed to recognise individuals from all elements of the security and fire sectors, including business leaders, academics and the true pioneers of technological innovation.

BSIA members account for an impressive 20% of the 2015 list, with one-in-five of security’s most influential individuals representing BSIA member companies.

Other BSIA member companies represented in the Top 50 include Tavcom Training, TDSi, Securitas and Xtralis. 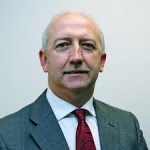 Commenting on the list’s publication, James Kelly said: “I’m delighted to see so many of our Trade Association’s members independently recognised for their influence and contribution to the UK’s private security industry. The BSIA’s ongoing success in standards development, lobbying and representation depends upon the knowledge, experience and influence of such individuals, and their contribution to the Association is truly invaluable.”

The BSIA’s CEO went on to state: “Attracting the industry’s finest is an ongoing priority for the BSIA, but it’s not just the big players who can benefit from membership. Involvement in the activities of the Association is a key way in which representatives of smaller businesses can work towards expanding their own influence within the security world.”