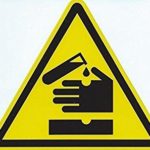 Much like everything else, in fact, the private security industry’s response to acid attacks needs to be considered as part of the wider picture of Best Practice and professionalism the BSIA serves to champion at every turn. There’s no room for half-measures when it comes to matters of Health and Safety, as James Kelly duly observes.

Sometimes, taking stock of the news can be a depressing experience. Recently, reading about a spate of acid attacks across the UK drew me into thinking about the impact these attacks have, both on Emergency Service responders, who face difficult situations every day, and the many and varied private security staff tasked with safeguarding private and public sector premises and late night venues.

The BSIA works to raise standards and regulations such that the industry is better equipped to deal with any eventuality. We want a professional and high quality service in every area that we represent. There’s no room for half-measures when it comes to Health and Safety and we continue to work with our members, outside agencies, Government and members of the public alike to raise standards.

How do we do that? Let’s go back to basics. Dealing with the consequences of victims’ acid burns is a complex and difficult job in itself and NHS staff can literally save sight, life and limb by swift treatment once a victim is at a given hospital. Time is of the essence and making sure that proper care is taken immediately after an incident has occurred is paramount. That immediate help is most likely going to emanate from security staff in situ.

Talking to Neil Parham, an emergency preparedness officer with the Metropolitan Police Service and one of the officers leading on obtaining better professional and public awareness of the issue, it’s clear that private security companies, their staff and the management of public and private venues must work together to safeguard the public.

“It takes around eight minutes for police, fire and first responder medical staff to arrive on scene at an incident,” observed Parham. “In the case of a violent incident or a critical health problem, every second is vital. For acid attacks, we face both a violent incident and a critical danger to the person(s) involved. Officers in private security teams at venues are the ones who respond immediately, and to do that safely in the event of an attack they may require appropriate training and guidance.”

What can personnel in the security industry do, and what professional measures can we help to put in place? The key element is education and training, and that’s why the blue light services are working together with security in London and across the UK to host demonstrations of how to deal with a live, moving incident in action. These demos are quite realistic, involving actors made up with realistic burns and fire, police, ambulance and NHS staff all responding exactly as they would do if the scenario was a real call-out rather than a ‘test’.

To date, the Metropolitan Police Service has held two such events at the Cargo nightclub in Shoreditch, both of them well received by the local community and Borough representatives.

If you speak to Ambulance Service and NHS first responders, their key message is that the first eight minutes is a time when staff should be using water – and lots of it – to clean the substance from the victim and prevent further damage to their eyes, limbs and skin.

Think in terms of at least five litres. That’s a lot of water so the specialists also recommend various spray nozzle products that venues can have ready. It’s possible to convert standard plastic water bottles into tiny showers.

Watching the demo, it quickly becomes clear that managers of nightclubs and other public spaces where security staff are employed need to make sure all of their members of staff are professionally trained in how to deal with the problem, with Health and Safety both of staff and the public central to that desire.

Knowing where water is, how to use it and what not to do is every bit as important as knowing what to do following an acid attack.

Water: not the whole story

Emergency response teams believe that cutting clothing off the victim is a sensible measure, but it’s better if staff have training to do so in a way that doesn’t cause further damage.

One emergency responder informed me: “Keep in mind that the victim’s clothes are probably going to be soaked in a corrosive substance so pulling that clothing over their head would likely make things worse. There are ways in which to do this properly and we can provide specialist guidance.”

Speaking candidly, an emergency response officer from east London summed up the problem. “We make that our officers and the other Emergency Services are on scene as fast as we can, but staff on the ground, including the members of private security teams, have to assist in the first vital minutes. This is when doing the right thing can save the victim from further pain and, later on, prevent potentially life-changing skin damage.”

Understandably, UK law is being toughened up in light of recent acid attacks. The Home Office states: “The Poisons Act 1972 will be reviewed to assess whether it should cover more acids and harmful substances, while the Home Office will work with the police and the Ministry of Justice to assess whether the powers available to the courts, including sentencing, are sufficient to deal with these serious offences. These measures will form part of a wide-ranging review of the law enforcement and criminal justice response, existing legislation, access to harmful products and the support offered to victims.”

The BSIA has its own role to play in education, both through encouraging training events and informing the wider industry to sit up and take notice of the problem.

Private security teams are on the ground and will respond immediately. To safeguard their own Health and Safety, it’s important that security officers and others receive proper training and that the police service, fire crews and the NHS help in providing this.

We hope that the expected public guidance on how to react to an acid attack – which should be published this Spring – highlights the important role that staff in the security industry play and will provide appropriate funding for the training of those staff members.

The National Police Chiefs’ Council (NPCC) suggests that more than 400 acid or corrosive substance attacks were carried out in the six months leading up to April 2017. The indications are that bleach, ammonia and acid are the most commonly used substances.

Assistant chief constable Rachel Kearton, the NPCC’s lead for corrosive attacks, said: “Police have dealt with a number of high-profile cases in recent months. We continue to collect data from police forces across England and Wales in order to understand the scale and extent of these attacks and develop our ability to support and protect the victims.”

Kearton added: “While it’s virtually impossible to ban the sale of all corrosive substances, we’re working closely with the Home Office and retailers to determine how we can keep these products from people who intend to cause harm. I would urge anyone who’s a victim of this type of attack to report it so that we can deal with the matter positively.”

Has the recent spate of acid attacks shown that the UK is becoming a more dangerous and frightening place? Perhaps not. Before we all over-react to this good advice, remember that the chances of an acid attack happening to you or at your venue or premises remain minimal. In fact, other forms of violence like knife crime are far more widespread.

One of the senior officers speaking last month at the Emergency Services demonstration of first responders in that nightclub in east London put it nicely. He had researched the subject and found that the first reported acid attacks in the UK were actually in Victorian times, and usually carried out by women on unfaithful men. It’s not new, then, but it’s most certainly a new problem for us.

So, too, is the response of the security industry to this scenario. Through co-ordinated action, taken in the vital first minutes, security staff can save the eyesight of victims and actually save peoples’ lives.

Pour on water, water and more water and, when you think that’s enough, pour on more again. Cut the clothes away if necessary, but make sure you’re trained to do this. Above all else, be prepared for the possibility that you may be the person confronted with saving the sight or the skin of an acid attack victim in those vital first eight minutes between the start of the attack and the arrival of the blue lights.

This is the mantra that the BSIA and all of us in the security industry need to repeat. Next time, it could be you helping the victim of an attack with the benefit of H2O. Training is key.