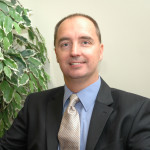 David Wilkinson: the new Director of Technical Services at the BSIA

The British Security Industry Association (BSIA) has announced the appointment of David Wilkinson to the position of Director of Technical Services. Promoted from the role of Technical Manager after eight years with the Association, Wilkinson will assume his new duties on 13 February 2015.

The announcement follows the recent resignation of Alex Carmichael, who leaves the BSIA in February to join the Security Systems and Alarms Inspection Board as its new CEO.

James Kelly, CEO at the BSIA, stated: “I’m very pleased to announce that David Wilkinson has been offered the position of Director of Technical Services and will succeed Alex Carmichael in the post from 13 February. I wish Alex well in this next step in his career, and I would like to take this opportunity to thank him for the significant contributions that he has made to the BSIA’s success over the past 16 years.”

Kelly continued: “I’m always keen to promote from within wherever possible, and we’re very fortunate to have some excellent people in key areas of the Association. The BSIA’s Technical Department will remain at its current strength in order to meet an extensive and complex workload on behalf of our members.”

Wilkinson’s tenure at the BSIA began in 2006. He has responsibility for delivering the technical requirements of the electronic sections within the Association, including the Security Equipment Manufacturers Section, the Security Systems Section and the CCTV Section.

Further, Wilkinson has also played an instrumental role in co-ordinating BSIA Working Groups to develop Codes of Practice and Guidelines, representing the BSIA on European and British Standards Committees and ensuring a good technical liaison with member companies as well as other industry organisations.

Commenting on his promotion, Wilkinson told Risk UK: “Having been at the BSIA for eight years, holding the roles of Technical Officer then Technical Manager, it is with great delight that I’m now in a position to take on the role of Director of Technical Services. I look forward to the challenges ahead in what is now such a rapidly changing industry environment.”