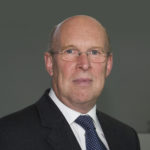 The British Standards Institution (BSI) has announced that John Hirst CBE will be appointed as a non-executive director of the organisation with effect from Monday 15 October 2018. From 1 January 2019, Hirst will take over from the BSI’s current chairman, Sir David Brown, who will complete his term of office on 31 December. Hirst will also become a member of the BSI’s Audit and Social Responsibility Committees on appointment.

In his role as Chairman Designate, Hirst will oversee the BSI’s international footprint and web of industry support to raise awareness, understanding, implementation and compliance in relation to accepted industry Best Practice. He’ll assume the task of maintaining the high pace of international growth of the BSI, while also overseeing the organisation’s global influence across the standards landscape.

Importantly, Hirst will work closely alongside Sir David Brown and Howard Kerr (CEO at the BSI) to both maintain and grow the BSI’s ability to deliver a specialised portfolio of products and services that help its client to develop their organisational resilience such that they’re able to survive and prosper.

One of Hirst’s first tasks will be to work with the BSI’s director of standards, Scott Steedman, in maintaining strong relationships across the European and international standards bodies which underpin international trade.

Hirst was CEO of the Met Office for seven years, during which time he transformed the science-led meteorological organisation into one delivering innovative and profitable commercial services on the global stage. Prior to that, Hirst was CEO of Premier Farnell, a FTSE 250 electronics distribution company. This followed on from a career at ICI where he held a number of key leadership roles.

Hirst currently serves as the senior independent director of Anglian Water Services and is a non-executive director of both Ultra Electronics Holdings plc and Marsh Limited. In 2012, Hirst was awarded a CBE and made an Honorary Doctor of Science by Exeter University.

Speaking about Hirst’s appointment, Howard Kerr stated: “We’re delighted to appoint John Hirst as a non-executive director and Chairman Designate. An accomplished business leader, John’s experience of complex and diverse organisations will be of immense benefit as he guides the BSI in its strategy to embed excellence in organisations across the globe by improving business performance and resilience. I very much look forward to working with him over the coming years. We are also immensely grateful to Sir David Brown for his contribution to the strong and sustained growth at the BSI since he joined the Board in 2010.”

Since Sir David Brown became chairman in 2012, the BSI has expanded its global footprint from 150 to 190 countries, grown its revenues by 86% to £473 million and increased the number of companies it serves worldwide from 68,000 to 86,000. Importantly, that growth has been achieved both organically and inorganically, with each client investing more across knowledge, assurance and compliance to the standards for which the BSI is responsible.

For his part, John Hirst explained to Risk Xtra: “It will be an honour to succeed Sir David Brown, who has been an exemplary chairman of the BSI. I’m excited to join the team at the BSI which is a unique organisation making an important contribution to businesses in the UK and internationally. I very much look forward to working with Howard Kerr, his executive team and the Board.”