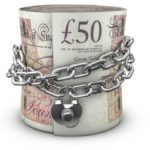 Britain’s ‘gig economy’ could be one of the key drivers for a new wave of internal dishonesty in the retail sector as financial pressures and the perceived low risk of being caught act as tell-tale ‘trigger points’ for staff theft. That’s according to research among loss prevention and Human Resources (HR) professionals who interviewed a growing number of employees in relation to internal theft and fraud during 2017.

Research conducted by Wicklander-Zulawski EU (WZ), the organisation that has trained thousands of loss prevention and HR professionals in non-confrontational interview techniques, reveals that, in 85% of cases, financial pressures provided the catalyst for staff dishonesty.

According to the latest figures issued by the British Retail Consortium (BRC), internal theft has risen by more than a third in the last 12 months.

Around 40% of those dismissed said that the lower risk of being caught was a motivation: another symptom of the so-called ‘lower-wage gig economy’ where high staff turnover is the norm.

A quarter of those interviewed stated peer pressure led them astray, but in one instance external gang pressure was cited, which echoes growing concerns over levels of violence and aggression being employed against retail staff as shown by research conducted at the BRC, the Association of Convenience Stores and also USDAW, the shop workers’ Trade Union.

Although external theft – ie shoplifting – is perceived to be the main reason for store losses, internal dishonesty by those in positions of trust often involves greater values of loss over longer periods of time. In 16% of cases, it was assistant managers who were dismissed for theft/fraud, while the research revealed that 13% of store managers left under a cloud.

Those surveyed also said that there were other motivations to steal. 25% of retail staff felt a sense of entitlement and a further 20% said they stole ‘in lieu of a pay rise or promotion’. Others believed there were ‘no real consequences’ for stealing before they were caught by the increasing use of retail technologies.

On that note, the research highlights that between 85% and 90% of dishonest employees were flagged by data mining and/or sophisticated CCTV and data analytics. 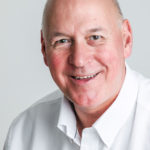 The impunity felt by many staff was also underlined by the fact that almost 50% of cases of dishonesty occurred among sales assistants in their first two years of employment.

Not all of those interviewed use the WZ technique, but the majority of respondents doing so said that the way in which the unique interviewing technique is conducted makes the subject feel more comfortable and, in most cases, results in an admission of guilt.

Alan Grocott, a former police detective and now head of loss prevention for one of the UK’s largest fashion brands as well as serving as a WZ EU trainer, informed Risk Xtra: “The research is interesting on many levels because internal theft is seen as a taboo subject and largely under-reported compared to shoplifting. This research is therefore significant because it points to the human story behind internal dishonesty. It also highlights broader macro-economic factors including financial pressures. This scenario would be supported by the sense of entitlement and the prevalent feeling that there was a low risk or no consequences for being caught.”

There are other interesting results from the survey. For instance, the survey showed that exactly 50% of respondents had seen an increase in internal theft in the last 12 months. In 35% of cases, gambling or other addiction was a behavioural motivating factor. Internal theft was also an issue at Distribution Centres. Only 2% of senior head office staff were dismissed because of dishonesty. A lack of appreciation was a trigger for theft in 10% of cases. Audits were a means of identifying internal fraud, as indeed were whistleblowing hotlines.