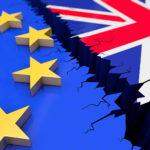 At the same time as the UK Government appoints a new ambassador to lead Brexit negotiations from Brussels, a Royal United Services Institute (RUSI) Briefing Paper has been published that maps out the threats and opportunities to British foreign and security policy as negotiation talks proceed.

The Briefing Paper urges Government to ensure foreign and security policy isn’t overlooked as Brexit negotiations over trade and other pressing areas are pursued. In addition, it calls for a new post-Brexit ‘special relationship’ with the European Union (EU) on foreign and security policy. This could be particularly important if uncertainty over the approach of the Trump Presidency increases the need for strong European defence co-operation.

RUSI’s Briefing Paper argues that the UK’s position as Europe’s strongest military and intelligence power – its ‘security surplus’ – shouldn’t be used as a bargaining chip in negotiations, and also points out that the UK’s position within the NATO command structure could be affected, with the post of Deputy Supreme Allied Commander, traditionally held by the UK, possibly being transferred to a European Member State that’s remaining in the EU.

Also, the document goes on to suggest that the UK may increasingly ‘find itself faced with a European fait accompli on key issues’, and that it will have to work hard to ensure that its interests and views are not an afterthought to the results of any US-EU dialogue.

Entitled ‘UK Foreign and Security Policy After Brexit’ and authored by RUSI’s deputy director general Professor Malcolm Chalmers, this Briefing Paper presents the choices facing the UK as it prepares to leave the EU while at the same time attempting to define a new foreign and security policy for itself.

With a focus on trade and the repatriation of powers in the Brexit negotiations, the Briefing Paper highlights the ‘risk that foreign and security policy could be overlooked as Government uses its limited capacity to focus on these more immediate concerns.’

The Briefing Paper warns against the use of the UK’s ‘security surplus’ – its role as the leading West European military and intelligence power – ‘as a bargaining chip that could be “traded” in return for commercial concessions in the post-Brexit settlement with the EU.’ Instead, it calls on UK Brexit negotiators to make clear to their counterparts – notably in security and foreign affairs – that there’s more to the relationship with the UK than haggling over tariffs, migration rules and budget contributions.

‘After Brexit, the UK and the EU will continue to share fundamental interests and values, and the UK will continue to be a reliable defence and security partner. In considering how to handle the negotiations as they reach moments of crisis, any desire to punish the UK in order to deter further defections from the EU should be properly considered in the context of the broader relationship with the UK.’

The RUSI Briefing Paper goes on to suggest that the ‘UK’s interest in the security of Europe could grow, even if its ability to influence the shape of collective responses is likely to decline. The UK will need to balance its desire to use Brexit as an opportunity for deepening its influence as a global power with its continuing interest in the security and stability of Europe.’

The Briefing Paper does warn it’s possible that ‘the UK’s position within the NATO command structure could also be affected by leaving the EU. There is already some discussion of the possibility that the assignment of the position of Deputy Supreme Allied Commander to the UK, which it has held since 1951, might have to be transferred to a NATO member that’s a member of the EU.’

‘The role of DSACEUR is central to ensuring the availability of NATO assets to certain EU missions organised under the ‘Berlin Plus’ arrangements, for example in Bosnia. There may be creative ways to handle this issue. A second Deputy Supreme Allied Commander position could be recreated (Germany held this position until 1993), or the UK could swap its current position for the important role of Chief of Staff. Whatever the outcome, the substantive consequences of such changes are likely to be relatively limited. Even so, the fact that they’re already being raised is a clear message that the UK’s ongoing role and influence within NATO cannot be entirely ring-fenced from the consequences of Brexit.’

Even though the UK will no longer be represented in common EU foreign policy making, the Briefing Paper points out that the EU and UK will continue to share ‘broader geopolitical interests’, reflecting ‘their common position as developed Western democracies with many specific shared concerns.’ However, the document cautions that the ‘UK is often likely to find itself faced with a European fait accompli on key issues’.

On Europe itself, the Briefing Paper suggests that the UK will lose influence in areas such as the Balkans, Belarus and the Ukraine ‘where access to EU markets (and the prospect of EU membership) is a powerful policy lever, and where other EU Member States are likely to take advantage of Brexit to increase their own influence.’

Security and stability of Europe

In weighing up the prospects for Britain’s foreign and security policy, Professor Malcolm Chalmers suggests that the UK will need to balance its desire to use Brexit as an opportunity to deepen its influence as a global power with its continuing interest in the security and stability of Europe.

Professor Chalmers commented: “The UK‘s departure from the EU is likely to deepen the recent trend towards a security policy focused on national interest. The cumulative effect will be a foreign and security policy that’s fundamentally different in emphasis than it was at the height of Blair/Brown internationalism in the decade after 1997. Trump’s election on a platform of “America First” could further encourage this trend, throwing more doubt on whether the post-1945 Western institutional order can now survive.”