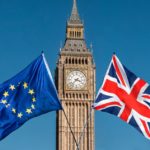 A survey of FTSE 350 companies finds just 2% of respondents predicting an improvement in UK economic conditions as concerns about the impact of Brexit start to hit home, with 73% predicting damage to their company as a result of Brexit. The latest Boardroom Bellwether Survey conducted by ICSA: The Governance Institute in association with The Financial Times also reveals concerns about the global economy.

*UK economy: Expectations of UK economic conditions have declined sharply compared to the last survey, which took place in the summer of 2018. Then, 55% of respondents expected a decline, but now 81% predict a decline and just 2% any improvement – the lowest level since the surveys began in 2012

*Global economy: Confidence in the global economy has taken a sharp turn for the worse, with just 11% of respondents predicting an improvement over the next 12 months. This figure is down from 25% in the summer 2018 survey. 22% consider that conditions will be unchanged (down from 42%) and 56% that they will decline, the latter representing a sharp increase from 24% from August. ‘The global business environment is becoming more challenging as the reality of a trade war has started to sink in. Global trade growth suffered from the tariff impositions and the uncertainty this generated’ (Dr Brian Hilliard, chief UK economist, Société Générale Corporate & Investment Banking)

*Brexit: 73% of respondents predict damage to their company as a result of Brexit compared with less than half (42%) in summer 2018. Unsurprisingly, there has been a sharp rise in the number of companies now reporting Brexit as a principal risk (56%, up from 39% in summer 2018), although just 28% of companies are increasing inventory in the UK to prepare for a no-deal Brexit.

‘It seems that confidence that the UK would be able to negotiate a deal with the EU that would at least allow a ‘break even’ position has evaporated. 59% of companies admitted to preparing for a no-deal scenario when the survey was conducted in December. Given recent political events, one might now expect that number to have increased.’ (Peter Swabey, policy and research director at ICSA: The Governance Institute)

*Business-friendliness: The Government is still seen as significantly more business-friendly than the opposition (35% as opposed to 4%), but it has not yet recovered to the 54% rate seen in summer 2014 and winter 2015.
‘The political rhetoric of recent years that has encapsulated the public lack of trust in business seems to have produced an own goal for the main UK political parties, with neither side now seen as particularly business friendly’ (Peter Swabey)

Matthew Fell, chief UK policy director at the CBI, stated: “Brexit inevitably dominates the landscape, but this survey is a timely reminder that there are many reasons why this is such a critical moment for Boardrooms across the country. First, the need for vigilance, accuracy and insight on company performance in an ever-more complex world. Second, powerful reasons for companies to re-double their efforts on issues ranging from diversity through to relationships with their employees, customers and other stakeholders. Third, the scale and scope of risks to manage are growing, from cyber security through to political uncertainty around the world.”

*Boardroom diversity: While gender diversity is showing signs of improvement (72% of respondents rate their Board as diverse in terms of gender, the highest figure since this survey started tracking it in 2012), ethnic diversity remains an area of concern with only 32% of respondents considering their Board to be diverse and 48% believing that it’s not. ‘Having a Board which reflects the diversity of our society is in any business’ best interests,’ asserted Rebecca Hilsenrath, CEO of the Equality and Human Rights Commission. ‘Clearly, not enough has been done in the past and more steps need to be taken now. Businesses should want to attract the widest possible talent. There are many ways in which organisations can improve diversity, including tackling unconscious bias in recruitment and publishing ethnicity pay gap data,’ 52% of respondents to the survey, however, feel that reporting on an ethnicity pay gap would be difficult, not least because there are jurisdictions in which some international companies operate where the capture of ethnicity data is illegal

*Risk management: Cyber risk remains the top risk concern, with 80% of respondents reporting that they see cyber risk as increasing and 91% of respondents revealing that their Board is increasing spending on mitigation of cyber risk. More attention is being paid to Artificial Intelligence, with 56% of Boards now having discussed the risks and opportunities (up from just 36% in winter 2017).

In conclusion, Edward Houghton (head of research and thought leadership at the Chartered Institute of Personnel and Development) said: “People risks and opportunities, such as culture, behaviour and conduct are key concepts that boards must spend more time exploring. It’s concerning to see that many board representatives are unaware of discussions relating to workplace sexual harassment, which perhaps highlights that many boards are still out of touch with the important workplace issues of our time.”