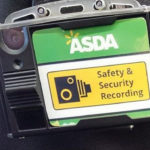 Shocking new figures show that attacks on retail workers in the UK are on the rise, with over 42,000 violent incidents recorded in the last year alone. These attacks are costing retailers a staggering £900 million, at the same time placing the mental health of retail workers and customers at severe risk. Richie McBride searches for a solution.

The British Retail Consortium’s (BRC) latest annual Retail Crime Survey states that the biggest concern for retailers, and their threatened employees, is the increased willingness of career criminals to use violence and brandish weapons when confronted over suspected acts of theft. The BRC has commented that an average of around 115 workers in the UK face threats or assaults every day, with the four main scenarios that lead to violent interactions being shoplifting, the enforcement of age restrictions on the sale of certain goods, hate crime-related incidents and armed and unarmed robberies.

Due to this ever-increasing threat, retailers are now under more pressure than ever to protect their members of staff, both from a physical and mental perspective. As a result of attacks, and the daily threat of potential violence, shop workers are experiencing severe mental health problems. In a report carried out by the University of London, it was found that a rise in violent retail crime is causing “long-lasting anxiety and post-traumatic stress disorder” among some employees in the sector. This has led experts to call for ‘urgency’ in the protection of retail staff.

Retailers have a Duty of Care to do everything in their power to make sure that their members of staff feel safe, secure and valued in their workplace at all times. The increasing threat of violence on a daily basis is forcing all retailers to re-think their security policies. It’s a sad fact that lives are now potentially at risk if retail staff are not given adequate protection when undertaking their daily tasks.

One of the most effective ways in which to actively deter violent and aggressive behaviour, and protect customer-facing staff, is to equip them with ‘Video Badges’. Body-worn cameras are proven to enhance the safety of colleagues in public-facing roles and, indeed, shoppers within stores, while also producing compelling evidence when needed in a Court of Law.

Body-worn cameras act as a ‘confrontation preventer’. It has been proven that members of the public are far less aggressive towards retail staff if they know they’re being filmed. Studies examining the use of such cameras show they make a real difference in protecting front line staff as well as members of the public. Not only do they deter aggression and, in many cases, eliminate the need for activating a panic alarm or radio during an incident, but they also help staff to feel valued, safe and more protected.

Importantly, these cameras greatly speed up the handling of incidents, insurance matters and complaints. On top of all this, such cameras can be used to highlight training requirements, evaluate protocols and improve Best Practice. They’ve been proven to help enhance the safety of those in public-facing roles in the event of complaints or incidents.

In order to deliver their maximum benefits, though, body-worn camera systems must be simple to deploy, easy to manage and straightforward to use with minimal training required. In addition, the back office management suite needs to be secure and able to deliver court-admissible evidence packages.

It’s important to recognise and remember that these cameras are tools for users to protect themselves, but they’re not the focus of their job, and nor should they be. 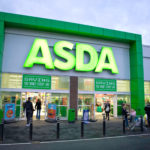 Asda became one of the first major retailers in the UK to use body-worn cameras after a successful trial which began back in 2016. Edesix collaborated with CBES, Asda’s preferred security installer, to design and commission a tailored wearable CCTV deployment system perfectly suited to the retail giant’s needs.

Edesix and CBES worked in tandem at Asda’s national Security Centre and across four store deployments to provide the retailer with the knowledge and expertise necessary such that the cameras could be rolled out in stores with minimum impact on store efficiency. The chosen system, which is intuitive to use and requires the minimum of training, has enabled members of staff to integrate the cameras into their daily working processes with minimal fuss.

There are now over 900 ‘Video Badges’ being used at upwards of 250 Asda sites nationwide, with more growth expected in the near future. As a result of this partnering strategy, which is reliant upon innovative technology and effective communication between all parties involved, Asda has been able to improve colleague security, diffuse aggressive and volatile situations and reduce much-valued investigation time, thus reducing overall costs.

Indeed, since the deployment began, Asda has proven the viability of these cameras by securing numerous convictions relating to theft and violence against staff.

Waitrose has also announced that it’s using body-worn cameras to trial its new in-home delivery service. This first-of-its kind service allows drivers to enter a customer’s home while they’re out by dint of using a smart lock system  and then put the customer’s groceries away. All delivery drivers wear ‘Video Badges’, which will record their exact movements when they enter a customer’s property.

Retail staff, security teams, prison officers and Environment Agency enforcement officers are just some of the users of body-worn cameras who have stated that wearing them makes them feel safer at work. When recording is activated, this is made clearly visible to any potential aggressors, reminding them that their actions from this point can be captured as video evidence.

False complaints are also greatly reduced for those organisations using body-worn cameras. A recent study conducted by the University of Cambridge found that police complaints fell by 93% following the roll-out of body-worn cameras to front line officers in the UK and the US. 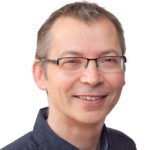 Many assume that body-worn cameras only come in one size and are solely for use by police and security officers. However, new smaller-sized Incident Recorders are specifically designed to meet the needs of retailers, lone workers and other public-facing businesses. These smaller body-worn cameras add to existing security measures, affording companies the opportunity to have an all-in-one video and audio security solution to hand.

Of course, in this day and age CCTV is one of the most widely implemented forms of security for businesses and local authorities. Fixed security cameras connected to a video management system (VMS) remain a powerful tool for monitoring and securing many different environments, from retail store footprints through to distribution centres.

One of the most important recent innovations in the wearable camera market has been the ability to integrate those cameras with existing VMS, thereby enabling organisations to unify a site’s security and monitoring system and create mobile and first-person viewpoints, while also adding contextual detail to any captured footage.

Defending Against (and Recovering From) Cyber Attacks: Five Key Steps