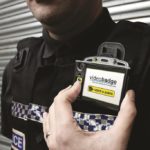 Body-worn cameras may have started life primarily as a niche tool used in law enforcement and similar surveillance scenarios. However, due to enhancements such as an increase in battery power, their uses have expanded exponentially over the last few years, writes Richard Revis. They’ve been used in the commercial sector in the form of ‘action cameras’ like GoPros, by journalists working on undercover stories and by firefighters in burning buildings for increased situational awareness. Only recently, supermarket chain Asda took its security to the next level by equipping security officers with ‘bodycams’ to protect supermarket employees from rising levels of violence and abuse.

Despite the proliferation of these devices, the majority of body-worn cameras in use today are used to record video only. This video is useful for ‘after-the-fact’ evidential purposes subsequent to some form of incident occurring. For example, a train company employee would trigger their bodycam to record video if they encountered a drunken brawl in a carriage. This footage could then be used in a Court of Law to ascertain who was at fault and who was a victim of the attack.

Alternatively, a police officer would use a record-only bodycam to film footage if they were participating in an undercover drugs bust and had gained access to a major drug dealer’s headquarters. Once again, this video could be used as part of the prosecution process.

However, while the video generated by these devices is invaluable in a Court of Law, these record-only devices do little to actually reduce risk for those operating on the ground. An interesting study conducted by researchers at the University of Cambridge in 2016 found that, while complaints against police officers fell by 93% from 2015 to 2016 because of the introduction of body-worn cameras, assaults against officers actually increased by 15%. Some of these attacks take place because criminals want to destroy the bodycam and all the recorded footage within the device.

Streaming video on a live basis

Due to the limitations of traditional bodycams, then, there’s a growing interest and uptake (particularly in the law enforcement, counter-terror and military sectors) in cameras that don’t just record video, but stream video on a live basis. This new capability has a plethora of different uses, but most importantly it provides situational awareness to the Command Centres behind the police officers, firefighters and security officers who are facing a high level of risk each and every day. This situational awareness allows Command Centre operatives to understand exactly what’s going on if an incident occurs such that they can then provide high quality advice on how to respond and send appropriate back-up if required.

Without live streaming bodycams (or live streaming video from other cameras such as CCTV or dashcams), the Emergency Services often have to rely on live footage recorded by the public using applications like Facebook Live or Periscope so as to build a picture around a given incident. This very unreliable way of achieving situational awareness is unsustainable, and amply demonstrates the need for live-streaming video in first responder and security incidents across the board.

Arguably, it’s also short-sighted for first responders to be equipped with less capable technology than that already available to the average person on the street.

Live-streaming in the real world

Live-streaming video from body-worn cameras can provide benefits in many different sectors. For example, the rail industry here in the UK employs more than 190,000 people, many of whom work alone, such as track workers, ticket office and platform staff, train managers and delivery drivers. All of these employees require safeguards and reassurances of security if and when required.

Imagine you’re a platform staff member working a night shift at a quiet, rural station. A large crowd of violent people access the platform and start to threaten you both verbally and physically. What do you do? With a body-worn camera that can live-stream video, you would be able to press a button on the device which would then trigger an alert to a Control Centre and immediately stream live video of the incident. The Control Centre operators would be able to assess the situation rapidly and send in the correct law enforcement teams so as to deal with the incident, bringing in the necessary protections for the lone worker.

It’s plain to see the benefits this solution would bring in terms of protecting staff members as well as making them feel secure when on shift. This would also afford supervisors peace of mind that their teams are safe when alone on the ground.

Similarly, live-streaming video on body-worn cameras can protect police officers and other rapid responders, allowing leadership to give those in the field the best possible advice so that the correct decisions are made and actions taken. This is particularly critical in countries like the UK where police numbers are stretched and law enforcement is having to do more with less people.

Overall, the benefits of live-streaming video in contrast to record-only video on body-worn cameras is overwhelming. Despite the many benefits that live-streaming has over record-only, the two systems are available at a similar cost.

Streaming live video from a camera that isn’t connected to an infrastructure via costly fibre optic cabling has proven to be somewhat challenging for those who wish to deploy it. This is because it isn’t viable to transmit video reliably over cellular networks in contrast to simply receiving it.

Transmitting video normally results in freezing and buffering issues which are unacceptable during the incidents live-streaming bodyworn cameras would be used for, such as violent crimes or firefighting missions. These services require real-time, zero latency video without delays. Therefore, special technology is required that copes with poor and varying bandwidths so as to allow a real-time view of any scene where cameras are present, supporting situational awareness and enabling immediate decision-making.

Luckily, various approaches to transmitting video over cellular have been developed. For example, specialist codecs (ie encoding and decoding algorithms) can provide secure and reliable video over ultra-low bandwidths and therefore cope at those times when networks become constrained.

Another technique, which is particularly useful if streaming video from police body-worn cameras or dash cams that move around, is to create a local wireless ‘bubble’ at the scene by using Wi-Fi or mesh radio systems to provide local high-bandwidth communications that can communicate with a central location via cellular or even satellite systems. 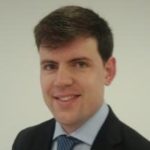 Live streaming video via body-worn camera or similar ‘mobile’ cameras is a technology that’s available today and isn’t even the most recent advancement in body-worn camera technology. Facial recognition video analytics can now be applied to live video, which brings tremendous operational benefits to law enforcement in particular. If a police officer is conducting a Stop and Search operation, for example, they would be able to click a button on their body-worn device in order to instantly identify if the person they’ve stopped is on an existing Watch List.

This can also assist Control Room teams to make final assessments on whether the officer should make an arrest (for example, if the individual stopped is breaching a restriction order). This can also save a lot of time for the person being stopped, as currently they have to go into a police station to be checked against Watch Lists. This can take all day, which is a frustrating exercise if the person is found to be completely innocent.

Live streaming is a significant improvement on the ‘dumb’ record-only devices used by many industries, and offers a far greater return on investment throughout the use cycle of the device. Furthermore, by adding facial recognition capabilities to devices used by specific sectors such as law enforcement, those on the ground can be safer and work far more efficiently and effectively.

Richard Revis is Director of Product Management at Digital Barriers

Why Today’s CEOs Must Pay Attention to Security Programmes