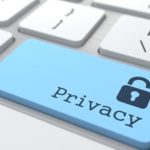 Boards of Directors are ramping up investments in data security and privacy in the rush to become General Data Protection Regulation (GDPR) compliant and avoid highly damaging data breaches which have reached an all-time high, reports the 2018 Harvey Nash Group/KPMG CIO Survey.

The largest IT leadership survey in the world, analysing responses from organisations with a combined annual cyber security spend of up to US$46 billion, has found that almost a quarter (23%) more respondents than in 2017 are prioritising improvements in cyber security as cyber crime threats reach an all-time high, while managing operational risk and compliance has also become a significantly increased priority (up 12%). These two areas represent the fastest-growing IT priorities of company Boards of Directors.

Today’s IT leaders face the challenging task of delivering rich, customer-centric data in an environment laden with risk. Data trust and privacy threats continue to hold the attention of CIOs, but while measures to improve data security are underway within companies and through legislation such as the GDPR, over a third (38%) of those surveyed in April expected they would not be GDPR compliant come the deadline of 25 May.

Additionally, 77% of IT leaders are ‘most concerned’ about the threat of organised cyber crime, which is up from 71% last year. Only one fifth (22%) state that they’re well-prepared for a cyber attack.

The survey found that trust is the new battleground for IT, as organisations delicately balance the revenue-driving potential of using customer data with the need for privacy and security. Those businesses managing this balance most effectively (ie customer-centric organisations) are 38% more likely to report greater profitability than their competitors. However, the drive towards protecting data has caused a huge demand for ‘security and resilience’ skills, which experienced the biggest jump in skills shortages (increasing by 25% year-on-year).

“CIOs have a really difficult tightrope to walk,” said Albert Ellis, CEO at the Harvey Nash Group. “On one hand the Board is asking them to drive innovation, promote transparency and, following recent high-profile data breaches, ensure the responsible use of customer data throughout the organisation. On the other, the Board is increasing scrutiny and demanding improved reporting on cyber security, data integrity and resilience as regulators and consumers become much more demanding on personal data. Organisations that can strike a balance between innovation and governance are in the strongest position to compete in a complex technology environment.”

Akhilesh Tuteja, global cyber security services co-leader at KPMG International, observed: “The seeming inevitability of a cyber attack crosses all borders and has now crossed firmly over the threshold for Board-level discussions. Protecting the business from a cyber attack has jumped further up the Boardroom agenda than any other item, and IT leaders are now being encouraged to make their defences the best that they can possibly be.”

A move towards digital platforms and solutions is proving a huge challenge for CIOs. While organisations recognise that an effective digital strategy is critical to successful data security, many report that they still struggle, with 78% stating that their digital strategy is only moderately effective or worse. More than a third of companies (35%, in fact) cannot hire and develop the people they need with digital skills, while almost one-in-ten (9%) think that there’s no clear digital vision or strategy at all.

To help with digital success, chief digital officers (CDOs) are proving their worth. Organisations with a CDO, either in a dedicated or acting role, are over twice as likely to have a clear and pervasive digital strategy than those without one (44% versus 21%). The report also shows that the most influential and successful organisations are fanatical about delivering value both to and from their customers: ‘customer-centric’ organisations are 38% more likely to report greater profitability than ones that are not.