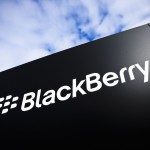 BlackBerry Limited – the enabler of the Enterprise of Things by dint of its provision of technology that allows endpoints to trust one another, communicate securely and maintain privacy – has completed its previously-announced acquisition of Cylance, the privately-held Artificial Intelligence (AI) and cyber security company based in Irvine, California.

“This move sees BlackBerry taking a giant step forward toward our goal of being the world’s largest and most trusted AI-cyber security company,” said John Chen, executive chairman and CEO at BlackBerry. “Securing endpoints and the data that flows between them is absolutely critical in today’s hyper-connected world. By adding Cylance’s technology to our existing arsenal of cyber security solutions, we will help today’s enterprises to intelligently connect, protect and build secure endpoints that users can trust.”

As the president of BlackBerry Cylance, Stuart McClure will continue to apply his visionary mathematics-based approach towards threat detection, prevention and response, as well as lead the business’ large team of highly-skilled engineers and data scientists, the members of which deliver trusted products and services for more than 4,000 companies around the world.

Rob Enderle of the Enderle Group added: “Given the increasing threat landscape and our exploding reliance on connected IoT devices, the potential for a digital catastrophe due to an intentional or accidental breach has never been higher and it’s growing at an alarming rate. BlackBerry has been the leading independent vendor focused on securing these devices. The now approved acquisition of Cylance makes this a critical game-changing moment for the company and the IoT industry. In today’s hostile world, security isn’t an option. Rather, it’s a requirement.”

Brian Partridge, research vice-president at 451 Research, concluded. “In this deal, BlackBerry obtains advanced security technology that it can deploy within its existing platforms, while also providing a complementary fit in terms of market vision and customer focus.”

Financial information regarding BlackBerry Cylance will be made available during March.