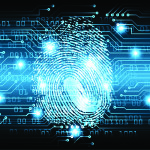 The 2015 report of the Commissioner for the Retention and Use of Biometric Material (the Biometrics Commissioner) was submitted to the Home Secretary Theresa May on 18 December last year and has now been published for public scrutiny.

The role of the Biometrics Commissioner was established by the Protection of Freedoms Act 2012. Alastair MacGregor QC was appointed as the first Commissioner on 4 March 2013. His role is to provide independent oversight of the regime (which came into force on 31 October 2013), and to govern the retention and use of DNA samples, DNA profiles and fingerprints by the police services in England and Wales.

In addition to various casework responsibilities in relation to DNA and fingerprints, MacGregor also has UK-wide oversight into their retention and use by the police service on national security grounds.

Although this 2015 report deals primarily with developments since the publication of the Commissioner’s 2014 report, it provides information about all of his activities since that appointment, in turn covering casework activities, the general operation of the Protection of Freedoms Act 2012 regime and a variety of issues that have arisen in connection with its operation in both the normal policing and national security spheres.

The Government is in the process of developing a Forensic Science Strategy and a Biometrics Strategy, and the Biometrics Commissioner has attended numerous Working Groups and other meetings at which aspects of those proposed strategies have been discussed.

In relation to the proposed Biometrics Strategy, the Government has stated: “The Government recognises the need to develop a strategic approach towards the use and retention of biometrics. This approach should recognise that biometrics is fast-changing and provides opportunities for better secure identity verification, better public services, improved public protection and the ability to identify and stop criminals. This should be balanced against safeguarding the rights of the individual from unnecessary intrusion. The Government’s biometric strategy and associated policy framework will support an aligned approach on the use and retention of biometrics and how its implementation is governed.”

MacGregor has also taken an active interest in the project that has for some time been underway to develop and ‘rationalise’ the delivery of biometric technologies for which the Government, and in particular the Home Office, holds responsibility. Among other things, that project – which is known as the Home Office Biometrics (or ‘HOB’) Programme – contemplates:

Retention and use of biometrics

“Important governance, regulatory and privacy/civil liberties issues obviously arise in the context of both the proposed Biometrics Strategy and the HOB Programme,” asserted MacGregor, “not least with regards to the retention and use of biometrics other than DNA and fingerprints, and as regards the sharing of biometric information among organs of the state.”

The Government has observed: “We of course understand that there are public concerns around the use and retention of biometrics, and we will consider how best to undertake public consultation on this issue as our plans progress.”

Since those concerns have been fed in the past by a perceived lack of transparency and/or consultation as regards the state’s use of biometric systems, MacGregor openly welcomes the upcoming publication of the Biometrics Strategy and the public consultation that will presumably follow it.

As a result of recent developments in forensic genetics, it is – or at least soon will be – possible for police forces to derive much more information from traces of DNA that are left at crime scenes than has hitherto been the case, and that emerging technologies in that field allow, in particular, for increasingly confident predictions to be made about the likely appearance, age and ancestry of the person who left such a trace, about their relatedness to specified third parties and/or about their proneness to certain medical conditions.

MacGregor continued: “Some of the ethical, regulatory and other issues that arise in connection with these new technologies have been discussed at specialist conferences and seminars in recent months. In my view, however, it’s important that those issues are soon also addressed by Government and by a wider public. As the House of Commons Select Committee observed in its report of March 2015: ‘We have seen in the past how public trust in emerging technologies may be severely damaged in the absence of full and frank debate’.”

In response to the publication of the Biometrics Commissioner’s Annual Report, Daniel Nesbitt (research director at Big Brother Watch) said: “This report raises a number of important concerns that will just pile more pressure on the Home Office to sort out its approach towards biometric technology. That police forces are still uploading custody photos of often innocent people to the Police National Computer with no oversight or regulation is a disgrace. Concerns were raised 18 months ago, but still we await Government guidance on oversight and regulation.”

Nesbitt continued: “The Biometrics Commissioner also paints a picture of confusion, with the police deleting biometric records which could have been retained and retaining profiles that should have been deleted.”

In conclusion, Nesbitt stated: “It’s clear that the Home Office needs to start providing real leadership on this issue. The longer we wait for the overdue biometrics strategy the harder it’s going to be to build an effective system to regulate this technology and protect the privacy of citizens.”