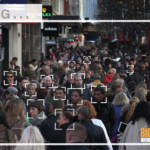 The police service has come under fire from civil liberties campaigners for what’s described as the former’s “continued use of live facial recognition surveillance” which Big Brother Watch has branded “authoritarian, dangerous and lawless.”

Back in May, the campaign group obtained statistics using Freedom of Information requests that exposed the Metropolitan Police Service’s facial recognition ‘matches’ as being 98% inaccurate. New police figures obtained by Big Brother Watch reveal that 100% of the Metropolitan Police Service’s facial recognition matches since May have incorrectly matched innocent members of the public with individuals on police Watch Lists. Their photos are stored on police databases for one month nonetheless.

The Metropolitan Police Service’s “China-style surveillance cameras” scan the faces of everyone in a crowd, creating unique biometric maps of each individual’s face and matching them against Watch Lists created from the police’s huge store of 21 million photos. However, during two recent deployments at Westfield Shopping Centre in Stratford, East London and another at the Port of Hull, police facial recognition continued to misidentify innocent members of the public.

Big Brother Watch claims that the surveillance is “dangerous” and argues that monitoring innocent people in public is a breach of fundamental rights to privacy and freedom of speech and assembly.

It was recently revealed by researchers at Cardiff University that the cameras have a frighteningly powerful potential to surveil the public, with the capability to recognise as many as 300 faces per second or 18,000 in a minute.

In June, Big Brother Watch and Baroness Jenny Jones launched a crowdfunded legal challenge against the Metropolitan Police Service and the Home Secretary’s use of facial recognition surveillance. However, police plan to use the technology four more times before the year is out.

No legal or democratic basis

Silkie Carlo, director of Big Brother Watch, said: “The police’s use of this authoritarian surveillance tool in total absence of a legal or democratic basis is alarming. Live facial recognition is a form of mass surveillance that, if allowed to continue, will turn members of the public into walking ID cards. As is the case with all mass surveillance tools, it’s the general public who suffer more than criminals. The fact that it has been utterly useless so far shows what a terrible waste of police time and public money it is. It’s well overdue that the police drops this dangerous and lawless technology.”

The Information Commissioner has identified the police’s use of live facial recognition as a priority area of concern and warned the police service and the Home Office that legal action will be considered.

Greater Manchester Police recently suspended a secret six-month deployment of live facial recognition which was scanning customers at a major Shopping Centre after concerns were raised by the Surveillance Camera Commissioner. The Commissioner warned that the use of facial recognition was disproportionate as “compared to the scale and size of the processing of all people passing a camera, the group they might hope to identify was minuscule”.

Even industry leaders in facial recognition technology have warned about the potential dangers of the technology if left in the wrong hands, with researchers from Google and Microsoft referring to the technology as “oppressive”. Microsoft’s president Brad Smith warned that “the use of facial recognition by a Government for mass surveillance can encroach on democratic freedoms” and urged careful consideration of the tool’s use before “the year 2024 looks like the book 1984.”