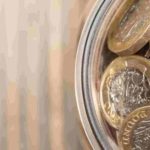 In-depth research conducted as part of BDO LLP’s annual FraudTrack Report has found that the total value of fraud in the UK more than halved in 2018 following a record 15-year high in 2017. That value has decreased from £2.1 billion to £746.3 million.

The specialist business advisory company’s detailed analysis – which examines reported fraud cases in the UK worth upwards of £50,000 – reveals that, despite the dramatic drop in value, the number of reported fraud cases has remained broadly in line with the previous year, decreasing by 9% from 577 to 525.

The average value of fraud has dropped to £1.4 million from a figure of £3.7 million last year.

Kaley Crossthwaite, partner and head of fraud at BDO, commented: “Fraudulent activity cost the UK almost £750 million last year. Although significantly less than the record-high levels of 2017, individuals and businesses are still paying a high price for criminal activity that can often be avoided with better controls and governance procedures in place. While the fight against fraud appears to have strengthened, our experience suggests that as few as one-in-50 cases of fraud in the UK is likely to be reported. These figures therefore only shine a spotlight on the visible part of a much wider problem. Based on average fraud values found in our research, the true cost of fraud could be as high as £37.5 billion per year. Increasingly, we’re seeing high-value complex fraud being dealt with outside the judicial system as companies prefer to handle these situations behind closed doors to avoid reputational damage.”

Crossthwaite added: “The chink in the armour for most UK companies continues to be its people. With third party and employee fraud making up two of the Top Five types of fraud by value, there needs to be greater control and monitoring of who has access to critical information within a business. This, alongside improved education and retraining of workforces, is vital.”

In the last year, the manufacturing sector has witnessed the largest increase in the value of fraud as the total rocketed by 1014% to £22.8 million, with the total number of recorded cases rising by 37.5%. Another dramatic increase in 2018 occurred in the utilities sector, with the value of fraud escalating over 1400% to £9.3 million. That’s up from just below £618,000 in 2017, despite the number of reported cases dropping by a third.

Some of the other most notable changes over the last year included a dramatic increase in value across the charity and construction sectors. Here, fraud grew by 135% and 223% respectively to £20 million and £8.3 million.

On a regional level, London and the South East remains the biggest ‘hotspot’ for fraud in 2018, accounting for over 60% of all recorded fraud in the UK. The number of cases remained the same, while the total value of fraud episodes decreased by 70.7% to £476 million.

In 2018, Yorkshire took over from the West Midlands as the largest ‘hotspot’ for fraudsters outside London with a 51.2% increase to £52 million. This large increase is due, at least in part, to a significant jump in the value of third party fraud (315.6%) in Yorkshire, with the average value increasing by 51.2% to £1.3 million. That’s up from £860,000. One of the more notable instances of third party fraud was a £10 million case involving money laundering through the resale of tickets for gigs and events.

Sat Plaha, partner and national head of regional forensic services at BDO LLP, stated: “While London continues to remain the epicentre of fraud in the UK, we’ve seen the most dramatic increases in East Anglia, the West Country and Scotland by 302.8%, 198% and 88% respectively. As resources for tackling fraud come under increasing pressure from all sides, these changes emphasise the acute challenges faced by corporates outside of London and the urgent need to direct greater resources to areas other than the Capital.”

Greed continues to be core driver

Greed remains the greatest driver of fraud across the UK, where the motive is known, with 46% of cases stemming from human avarice and the total value accounting for 76.6% of recorded fraud with known motive.

After greed, from a cost perspective, gambling and health/depression were the greatest contributors with a value of £24 million and £16 million respectively.

In the last year, the UK benefited from cross-border collaboration in several cases. One of the UK’s most wanted tax fugitives, who escaped to Ireland 12 years ago, was tracked down in Ireland by specialist HMRC officers. Separately, the perpetrator of a £9.8 million international VAT fraud involving a complex trading chain with companies in the UK, Gibraltar, Spain and the US was jailed.

Kaley Crossthwaite concluded: “Fraud is complex and rarely about one issue. In many cases, it’s not even perpetrated by one individual or within a singular jurisdiction. In this turbulent and uncertain time for UK-EU relations, the need to work together to bring fraudsters to justice must remain a high priority.”

Hizballah to be banned by UK Government alongside other terrorist organisations