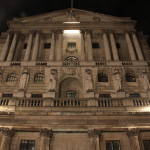 The Bank of England

Stress testing is a core part of the capital framework which sits alongside risk-based capital and leverage requirements. Stress tests provide an integrated and forward-looking assessment of resilience and aim to ensure that banks can continue to support the real economy even in difficult economic conditions.

This approach has been informed by the lessons learned during the concurrent stress tests conducted in 2014 and 2015, as well as by feedback to the Discussion Paper published by the Bank of England back in 2013.

Key features of the Bank of England’s approach are:

*The introduction of an annual cyclical scenario that will link the severity of the test to the financial cycle systematically. This scenario will include domestic, global and market elements. Its severity is likely to be greater in an upswing, for example when growth in credit is rapid or asset prices unsustainably high

The stress test will include banks with total retail deposits greater than £50 billion. At present, this covers the same set of firms included in the 2015 stress test. Among this group of firms, coverage may vary for the exploratory scenario if that scenario is unlikely to impact some firms.

UK subsidiaries of foreign-owned investment banks will not be brought into scope at this time, but the Bank of England states that this situation “will be kept under review”.

The Bank of England will further develop its own modelling capabilities with a view towards enhancing its ability to challenge aspects of firms’ own results and to include in the test results the impact of feedback mechanisms across the banking system. This approach will ensure there continues to be a range of modelling input into stress testing. 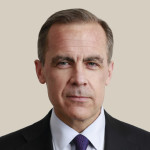 Mark Carney: Governor of the Bank of England

Mark Carney, Governor of the Bank of England, commented: “The United Kingdom needs banks that can weather shocks without cutting lending to the real economy. Our first concurrent stress tests run in 2014, which centred on the housing market, gave us assurances that the banking sector as a whole was well-placed to withstand such a severe scenario. We’ve also recognised, however, the need for our approach to evolve.”

Carney added: “The Bank of England is taking steps to ensure we can assess a range of future risks from a number of different sources to inform our micro- and macro-prudential policy decisions. Our approach embodies a comprehensive and detailed approach, a desire to deepen and strengthen our analysis and the flexibility to respond to changing risks.”

In due course, the Bank of England will publish further information on its approach to stress testing beyond 2018. The stress testing framework is likely to evolve further to reflect regulatory developments, including structural reform of the banking sector.