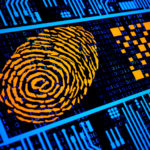 Organisations have long focused their cyber security positioning around prevention. However, given the sophistication of attacks and the fact that their frequency is increasing, more and more organisations are now beginning to prioritise incident response teams: groups of specialists trained to address and defeat attacks that make it past existing protections. BAE Systems has now released insights from its new incident response report which shine a light on the cause of these breaches.

BAE Systems surveyed Board-level executives, IT decision-makers and information security professionals to understand the current state of corporate incident response capabilities and readiness. Organisations surveyed ranged from Government agencies to healthcare and technology firms, and from small (with less than 500 employees) to large (upwards of 10,000 members of staff) enterprises.

A major finding from the results showcases how many of the organisational breaches are caused by human error, with attackers preying on human nature and employees making honest – but costly – mistakes in the course of their daily routine. 71% of incidents were phishing attacks, while 65% were untargeted viruses or malware.

Many organisations are just not prepared to respond to cyber threats. 23% of incident response teams don’t conduct readiness exercises with senior management, missing an opportunity for both executive buy-in and staff skill development. 22% of those organisations surveyed only have temporary or no incident response resources in place.

To help with this business challenge, BAE Systems has published its 2019 Incident Response Report. Entitled ‘Why Ignoring Incident Response Could Spell Disaster’, the document includes a check list to help companies document their existing security preparedness. To learn more about incident response and download the report xisit www.baesystems.com/IRreport