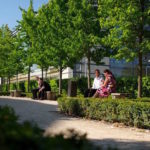 Axis Security, one of the UK’s fastest-growing security guarding businesses, has been awarded a further three-year contract term by commercial property and asset management concern MJ Mapp at Stockley Park, the 155-acre commercial park that was transformed in the mid-1980s and is now widely regarded as the foremost development on the ‘West London Corridor’.

Located at Harlington between Hayes and West Drayton in the London Borough of Hillingdon close to Heathrow Airport, Stockley Park continues to be a visionary out-of-town business development that has since been replicated not only here in the UK, but also throughout mainland Europe.

Stockley Park is adjoined by first class amenities available to all occupiers and visitors including restaurants, coffee shops, bars, shopping outlets and a health club. The business park also neighbours a premier golf course, while the country park itself provides easy access to much open space.

The security contract comprises a team of 19 security personnel patrolling the park by vehicle, golf buggy, bicycle and on foot. Patrols are designed to assure the safety and security of all tenants within (and visitors to) the park. The Axis Security team members are supported by a dedicated management structure to consistently drive standards through training, development and innovation. 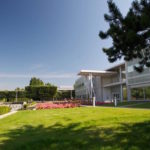 “Axis Security was clearly ahead of its competitors during the tender process in terms of innovation, added value and the professional approach that it committed to address during the new contract term,” said Pieter Borchardt, director at Stockley Park. “We’re delighted to continue our partnership with Axis Security for the foreseeable future.”

David Mundell, managing director at Axis Security, added: “Having provided security at Stockley Park since 2008, we’re extremely pleased to have been awarded a further contract term. It’s testament to the service provided by both the Stockley Park security team and, indeed, our own extensive back office support functions that underpin day-to-day operations.”