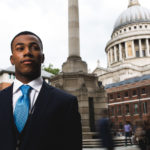 Axis Security, the provider of bespoke security services, was recently awarded the prestigious contract to provide security guarding services to St Paul’s Cathedral, one of London’s most iconic landmarks.

While St Paul’s Cathedral is, as stated, one of the most famous and recognisable sights in the capital, receiving hundreds of thousands of visitors every year, it’s primarily a place of worship and, that being the case, a discreet and customer-focused service is essential.

A team of Axis Security officers with a supervisor is now employed to help secure the Cathedral seven days a week, with duties including visitor bag checks and mobile patrols.

Martin Fletcher, Clerk of the Works at St Paul’s Cathedral, informed Risk UK that the Axis Security team has quickly become an extension of the client’s own internal management team.

“While the officers’ primary function is the security of the Cathedral,” stated Fletcher, “we’ve received numerous comments from both visitors and our own staff alike on the professional, yet friendly way in which the Axis Security team members perform their roles.”

The contract was awarded to Axis Security as a result of the business’ excellent reputation in providing security guarding services at neighbouring Paternoster Square, where the dedicated estate security team is part of the Business Security Forum directly supporting the City of London Police.

“The team was handpicked to include extremely capable security officers who have become genuine ambassadors for the Cathedral and Axis Security,” explained Mundell. “We’re very proud to be working with the management team at St Paul’s Cathedral and helping to protect such an iconic London landmark.”

The present St Paul’s Cathedral is the masterpiece of Britain’s most famous architect Sir Christopher Wren. It was built between 1675 and 1710 following its predecessor’s demise in the Great Fire of London, and since then its great dome has dominated London’s skyline.

Services held at St Paul’s Cathedral over the years have included the funerals of Lord Nelson, the Duke of Wellington, Sir Winston Churchill and Lady Margaret Thatcher, the Jubilee celebrations of Queen Victoria and Queen Elizabeth II and peace services organised to mark the cessation of both the First and Second World Wars.