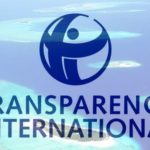 Transparency International – the global coalition designed to fight corruption – has stated that bank regulators need to publish much more information about whether banks are doing what’s required by law to prevent money laundering. The organisation believes this would ensure that citizens and businesses alike can be confident corrupt individuals and organisations, criminals or terrorists are not using the global banking system.

Transparency International’s latest report shows that, in those countries hosting the world’s biggest banks, little data on anti-money laundering prevention and enforcement is published. If it is published then it’s invariably out of date.

“Mistrust of banks will continue unless people know the banks are working on their behalf and not for the corrupt,” urged José Ugaz, chair of Transparency International. “Corruption and money laundering undermine the basic rule of law, weaken democratic institutions and damage economies and societies. It drives inequality and blocks efforts to prevent poverty. We need to see that those meant to stop corruption in the banking industry are doing their job.”

Transparency International’s study, entitled ‘Top Secret: Countries Keep Financial Crime-Fighting Data to Themselves’, shows that data about authorities’ anti-money laundering efforts are only partially available across 12 countries, including the UK, Germany, Luxembourg, Switzerland and the US. This includes data as basic as the number of times banks were sanctioned for money laundering failures in a given country, a number which is only public in four out of the 12 countries assessed (namely Australia, Cyprus, Italy and the US).

“There’s no good reason to keep this data secret,” added Ugaz. “Are they protecting us from the next financial crisis? We, the citizens, have the right to know if the financial sector is being permissive or complicit with illicit activity.”

In 2013 alone, developing countries lost an estimated US$1.1 trillion to illicit financial flows (ie the illegal movement of money from one country to another). Effective anti-money laundering measures, in both developed and developing countries, are essential in order to end these illicit flows.

Transparency International suggests that the public also needs evidence to confirm that action is being taken, not only to build trust in the institutions that hold our money, but also as a deterrent against crime by making sure bank examiners are effective.

Policing the financial sector “requires strong, consistent and effective” anti-money laundering supervision by the authorities. National financial supervisors have the power to visit and inspect banks, identify and record failings in their systems and impose sanctions where necessary. According to Transparency International, citizens have a right to know the extent to which supervisors are applying this power to uphold the law in the financial sector.

“Transparency on this important aspect of financial market enforcement is only a first, but nonetheless vital step on the long road towards cleansing the global financial system of dirty money,” concluded Ugaz.