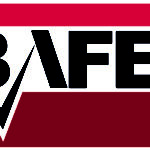 British Approvals for Fire Equipment (BAFE) – the independent not-for-profit organisation that creates schemes for the fire protection industry based on UK and European Standards and Best Practice for third party certification – considers it “imperative” that genuine measures of competence for fire risk assessments and fire risk assessors are included as part of legislative requirements, even ahead of any longer-term revision of the Building Regulations, in order to help in identifying where there are potential life safety risks before there’s another tragedy like Grenfell Tower.

As the causes and implications of the tragic fire at Grenfell Tower are still being considered, there should be significant attention paid to the quality of fire risk assessments carried out at all relevant ‘life risk’ premises. The reports following the major fires at Lakanal House, the Rosepark Care Home in Scotland and many other locations have highlighted the need to start with a competent fire risk assessment and then keep it updated.

Despite the various national legislation requirements, which came into force over ten years ago and changed the responsibility from the Fire and Rescue Services to the Responsible Person or duty holder, there are still no statutory requirements for the competence of a fire risk assessor, even in high risk premises.

While there can never be absolute certainty that even the most experienced fire risk assessor will be able to inspect and analyse every element of a given building’s construction – for example, there are parts that will be inaccessible when a building is completed and, without any extensive re-examination, material test reports have to be taken at face value – competent fire risk assessors will both recognise and highlight any potential concerns.

David Sibert, an experienced firefighter and qualified fire engineer who advises the Fire Brigades Union, told the BBC that the Government has failed to respond to demands from the fire industry to reform the system following the Lakanal House blaze. He indicated: “There are no controls on who can be a fire risk assessor or the competence or the skills that they should have.”

Speaking on ITV’s Tonight programme, Stuart Edgar (chief fire officer for Gloucestershire Fire and Rescue Service and chairman of the Protection Committee of the National Fire Chiefs Council) said that they would encourage the third party certification of fire risk assessors.

Subsequent to the Lakanal House fire, a Competency Council comprising experts from across the fire industry was established and produced a ‘Guide for Choosing a Competent Fire Risk Assessor’ which is now available through the Fire Sector Federation. This highlights the need for assessors to be qualified through a professional body and that companies providing the service should be third party certificated by a UKAS-accredited certification body – even if they’re a ‘one man band’. The largest of these company certification schemes is the BAFE SP205 Register.

BAFE registration is only earned through annual compliance with the scheme requirements. The promotion of competence is the organisation’s principle aim.

BAFE has released an update for its SP101 fire extinguisher maintenance/service scheme, which will take effect from October 1 this year.

Having conducted a lengthy consultation period in April 2016 – in which a scheme revision group was created and a public consultation held – the SP101:2017 updated servicing competency document is now available on BAFE’s website.

The scheme now offers a dual route option, meaning that registered firms can gain third party certification via an ISO 9001 or a Management System route. However, both routes will “use the same audit criteria for fire extinguisher competencies.”

In an effort to continue to “provide the best assurances to the industry and its customers of what defines a quality provider of fire extinguisher services in today’s market,” the scheme “updates and strengthens the role of the fire extinguisher technician.”

BAFE states that this has “been enhanced further by including additional technical competence to the revised sections” of BS 5306 – which relates to fire extinguishing installations and equipment on premises – on top of “requirements for having training in asbestos awareness and Health and Safety procedures.”

Meanwhile, there has also been a review of the technician competency portfolio that BAFE assessors use, meaning every technician who gains the BAFE Diploma “continues to be the best in the industry.” Passing the BS 5306 exam is “only the first step in demonstrating understanding of the relevant standards to work competently in the field.”