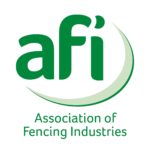 The Association of Fencing Industries (AFI), the professional Trade Association servicing the needs of the UK’s fencing industry, is publicly backing the Gate Safe initiative by becoming an official Gate Safe supporter.

AFI members currently number 200 and include fencing contractors, manufacturers and installers, in addition to the specialist sub-groups the Electric Security Fencing Federation and the Electric Fence Association, all of whom have the potential to be active in the automated gate sector.

Ian Ripley, CEO of the AFI, said: “Adopting the highest standard of safety for any fencing or gate installation has to be the top priority for all of our members and we’re committed to providing them with access to the most up to date guidance in terms of best practice. Gate Safe’s practical, ‘plain English’ approach to automated gate safety is very much in line with our ‘hands-on’ industry. We applaud the charity on its acknowledged status as a respected, wholly independent and unbiased industry spokesperson on safety matters pertaining to the automated gates sector.”

Gate Safe was set up in 2010 in the wake of the tragic deaths of two children crushed by automated gates in separate accidents. The charity’s aim is simple: to put a stop to any further accidents or fatalities occurring as a result of an unsafe electric gate or barrier installation.

Risk Xtra is an official supporter of the Gate Safe charity.