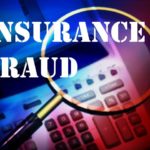 The Association of British Insurers’ (ABI) most comprehensive analysis yet of insurance fraud highlights that a fraud of this nature is now detected in the UK every minute. For the first time, the ABI’s annual detected fraud figures include data on application fraud, where details such as age, address, or claims history are deliberately mis-stated.

In 2017, a total of 562,000 insurance frauds were detected by insurers. Of these, there were 113,000 fraudulent claims and 449,000 dishonest insurance applications. The number of dishonest insurance claims, at 113,000, were valued at £1.3 billion. This number of claims is down 8% on 2016, while their value rose slightly by 1%. The fall in number reflects the industry’s collaborative work in detecting and deterring fraud.

The number of organised frauds, such as staged motor accidents, fell by 22% on 2016, with frauds worth £158 million detected. This reflects the work of the Insurance Fraud Bureau (IFB), who are currently investigating a rising number of suspected frauds, and the Insurance Fraud Enforcement Department (IFED). The IFED is the specialist police fraud unit investigating insurance fraud, such as staged motor accidents and illegal insurance advisors (so-called ‘ghost brokers’). Since its formation in 2006, the IFED has managed to secure over 400 court convictions for insurance fraud.

Insurers detected 449,000 cases of confirmed or suspected application fraud, wherein people lied or withheld information to try and gain cheaper cover. Motor insurance made up the bulk of dishonest applications, with typical lies including the nature of the applicant’s occupation and their driving record, where previous claims and motoring convictions were not disclosed.

James Dalton, ABI director for general insurance policy, said: “The majority of insurance customers are honest, and they rightly resent fraudsters pushing up their insurance costs. This is why the industry makes no apology for spending around £250 million each year on measures to tackle insurance fraud. It’s good that organised fraud fell, especially as scams like staged accidents can often put lives at risk and involve huge amounts of money. However, with the IFB currently investigating a rising number of suspected insurance frauds, there will be no let-up in the crackdown on insurance cheats. The rise in opportunistic motor fraud highlights that the stricter regulation of claims management companies, some of whom encourage dishonest claims, cannot come in soon enough.”

Ben Fletcher, director of the IFB, responded: “These numbers go to show the complexity of the task that insurers and the industry have in fighting insurance fraud. The IFB has seen a rise in the number of live investigations, as well as a more diverse range of fraudulent behaviours as these criminals move to target new areas. Fraudsters are tenacious and regularly change their methods, moving between products, sectors and approaches. They will exploit any area they’re able to. The industry faces a constant battle to stay one step ahead.”

Fletcher added: “We don’t underestimate the challenge we face. Insurance fraud is an issue that the industry takes very seriously and has been investing heavily in combating in recent years. These results are encouraging and demonstrate to the would-be fraudster that the insurance industry is a hostile environment and that every effort is being made to catch and stop them.”

DCI Teresa Russell, temporary head of the City of London Police’s Insurance Fraud Enforcement Department, commented: “The IFED works effectively with the ABI, the IFB and insurers to tackle insurance fraud and bring fraudsters to justice. While these figures are encouraging, the IFED is well aware that the fight against insurance fraud is an ongoing one and that fraudsters are constantly trying to come up with new ways in which to defraud the industry and members of the public.”

Russell stressed that insurance fraud isn’t a victimless crime. “Dishonest claims are felt by everyone. The majority of people are honest with their insurer, but insurance cheats have no qualms about making false claims and simply don’t care that their fraudulent actions inevitably increase premiums for everyone else.”

In addition, Russell stated: “Motor related insurance fraud makes up a large number of the cases that the IFED manages and, with opportunistic claims costing £775 million last year, it’s important the unit continues to work closely with industry partners in order to prevent and detect this crime type.”