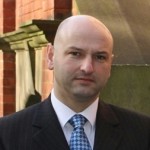 ASIS UK Police Liaison Committee Member Richard Stones CSyP has been awarded an OBE in Her Majesty The Queen’s 2015 Birthday Honours for services to the police and business.

On receiving the award, Stones explained: “It’s great to be recognised in this way. I was shocked but delighted when I received the letter. I hope this accolade will help in raising the profile of ASIS, particularly in policing circles where a closer collaboration with business and industry standards would help us all.”

Speaking about this development, ASIS UK’s Chapter chairman Andy Williams CPP said: “With the police service in the UK being subject to further budget reductions, the pressure on non-front line departments to reduce expenditure while at the same time improving efficiencies is huge. Set in that context, it’s particularly gratifying to see the great work that Richard has undertaken being rewarded in this way. As a former police officer myself, I’m particularly proud that Richard is working as part of the ASIS UK team in his policing liaison role.”

Stones, who is Staff Officer to the National Policing Lead for business crime reduction, holds an MSc in Security and Risk Management and is a Visiting Fellow at Derby University.