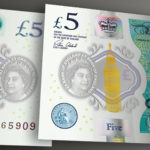 The Kinegram Colors foil stripe from Leonhard Kurz Stiftung & Co was praised by the Judges. The new £5 note is the first worldwide to incorporate this feature as the principal security element, marking it as a ‘game-changing development’ in foil-based security features for currency applications.

Also commended in the same category was Kurz’s Kinegram Zero Zero patch that’s featured on New Zealand’s new ‘Brighter Money’ banknote series. These are the first polymer notes in the world to feature the technology and will help the Bank of New Zealand secure its currency against the threat of counterfeiting.

The International Hologram Manufacturers Association’s new chairman Manoj Kochar stated: “The Holography Awards celebrate the very best in holographic achievement and the many remarkable innovations the industry introduces each year. Creativity, flair and design excellence have again shone through in the 2016 entries, reflecting how holography continues to push the holographic boundaries forward both technically and commercially.”

The Holography Awards took place at the Holography Conference in Warsaw, Poland and saw leading holography companies gather to recognise excellence and cutting-edge technology. Other category winners in 2016 are:

Commended in the Best Applied Decorative/Packaging Product category were Azar Holograms for its TOTAL Quartz hologram and Morphotonix’s Hologram Cap.

Winner of the Brian Monaghan Award for Business Innovation was John Hazen, president and CEO of the Hazen Paper Company, for his “outstanding contribution” to the industry, which includes several initiatives designed to cost-effectively commercialise holograms.

Her Majesty’s Treasury is advising all cash-handling retailers to be prepared for the new £1 coin, which comes into circulation during March next year.

After admitting the existing £1 coins are easy to fake, the Government announced its intention to introduce a “highly secure” £1 coin back in 2014. The Royal Mint has duly been working towards the new coin’s launch in 2017.

The Treasury wants retailers to make sure equipment and other cash-handling processes are ready for the new coin’s arrival. Millions of vending and parking machines will also need to be adapted in order to enable them to accept the new coins.

The process is complicated by the fact that the current £1 coins, which date back to 1983, will continue to be legal tender alongside the new ones until September 2017. The new coins have been introduced because as much as 3% of the current ones are thought to be counterfeit.

Businesses and other cash-handling bodies are being targeted by an awareness campaign to help them prepare for the new coin’s arrival. A website – thenewpoundcoin.com – has also gone live.

David Gauke, chief secretary to the Treasury, said: “The introduction of this new £1 coin will be a highly significant event. This coin will be the most secure of its kind in the world. Its cutting-edge features will present a significant barrier to counterfeiters, in turn reducing the cost to businesses and the taxpayer.”