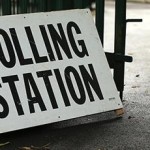 The UK Cabinet Office has announced that Sir Eric Pickles, the Government’s recently-appointed anti-corruption champion, is to review electoral fraud and make recommendations on what more could be done to tackle the issue.

According to the Cabinet Office, the Government has “made great strides” in improving confidence in the electoral system across recent years, with Individual Electoral Registration ensuring that checks are in place to make absolutely certain everyone on the electoral register is indeed who they say are.

The review will determine whether changes are needed to make the system more secure, and make recommendations as to what those changes should be.

John Penrose, Minister for Constitutional Reform, said: “Most people feel British elections can be trusted to deliver whatever people have voted for. That said, in a changing world we cannot afford to rest on our laurels. We must spot new or growing weaknesses in our election system and fix them before they turn into a problem like Tower Hamlets. Sir Eric’s work will provide the facts we need to do this properly and, given his years of experience with local Government, he’s the perfect man for the job.”

In response, Sir Eric Pickles said: “The Government’s roll out of Individual Electoral Registration across Great Britain is a significant advance in creating an electoral register that’s secure from fraud. It’s important that we now look at other parts of the system to identify what more can be done to improve electoral integrity.” 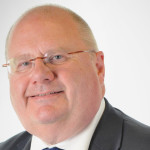 Pickles continued: “The British system is among the world’s most trusted democracies, but it’s essential that it remains so. The recent election court ruling in Tower Hamlets is a wake-up call that state bodies need to do far more to stamp out corruption and restore public confidence. Financial and electoral sleaze go hand in hand. If a dodgy politician is willing to break election law, they will not hesitate to syphon off taxpayers’ money for their own ends.”

In conclusion, Pickles explained: “The levels of reported incidents and allegations of electoral fraud in the UK do not suggest electoral fraud is widespread, but we cannot know how much goes undetected. It’s important that we close down any opportunities to commit fraud, whether this on the basis that actual evidence shows vulnerabilities are being targeted by fraudsters, or because there’s a potential risk or weakness in the system.”

Pickles asserted that the Government believes it’s important to keep the electoral system under review, to ensure that it remains robust and that measures are in place to continue to deter and prevent attempts to commit fraud.

A ‘Call for Evidence’ is being issued as part of the review. Views will be sought from bodies such as the Electoral Commission and the Law Commission as well as those involved in running elections. The considered opinions of lawyers and academics with an interest in the field and law enforcement agencies such as the police service and the Crown Prosecution Service who deal with such allegations will be welcome.

The Terms of Reference for the Electoral Fraud Review are to:

*Examine what steps are necessary to stop voter registration fraud and error, postal voting fraud, impersonation, intimidation, bribery, treating and undue influence
*Review the role of councils, the police service and the Electoral Commission in deterring, identifying and prosecuting electoral fraud
*Consider the recommendations of Richard Mawrey QC in his recent Election Court judgement on fraud in the London Borough of Tower Hamlets
*Recommend to Government what practical changes are needed in terms of legislation, guidance and practice

*The consultation period is set to last for eight weeks, closing on 8 October 2015

**Feedback on the review should be submitted to:electoral.fraud.review@cabinetoffice.gov.uk

***After considering all of the evidence, Sir Eric Pickles will provide a report to the Prime Minister (complete with recommendations and proposals for change) by the end of this year