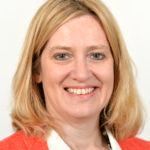 Following Prime Minister David Cameron’s decision to step down and Theresa May being appointed to lead the Conservative Government, Amber Rudd (who has served as the MP for the East Sussex constituency of Hastings and Rye since the 2010 General Election) has been appointed as the new Home Secretary. The announcement makes Rudd the fifth female to hold one of the Great Offices of State after Lady Margaret Thatcher, Margaret Beckett, Jacqui Smith and Theresa May.

Rudd was first elected as an MP at the May 2010 General Election, defeating the incumbent Labour MP Michael Foster. She has since held several front bench positions, notably serving as Secretary of State for Energy and Climate Change from 2015 to 2016.

After graduating from university, Rudd joined JP Morgan & Co working in both London and New York. She then worked in venture capital in London, raising funds for small businesses. After serving as a financial journalist, Rudd founded specialist executive search and HR consultancy Lawnstone Ltd, with clients predominantly in the financial services and business media sectors.

In September 2012, Rudd was made Parliamentary Private Secretary to (then) Chancellor of the Exchequer, George Osborne, who has this week stood down from office in the wake of David Cameron’s decision to exit Number 10 Downing Street. In October 2013, Rudd became an assistant Government whip.

Response from the Police Federation of England and Wales 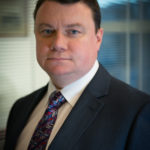 Commenting on the appointment of Home Secretary, Theresa May, as the new Prime Minister and leader of the Conservative Party, Steve White (chairman of the Police Federation of England and Wales) said: “Following on from the appointment of Theresa May as our new Prime Minister, and her call for national stability, it’s important that the role the police service and, indeed, our Security Services play in helping achieve this is fully recognised and supported moving forward.”

White continued: “As one of our longest-serving Home Secretaries, and the relationship that brings with British policing as its ultimate overseer, Theresa May will be all too aware of the challenges both she and her successor, Amber Rudd, will continue to face in securing the support of our members in tackling the issues that exist. I have no doubt the robust relationship that exists, in both directions, will continue as it’s important to keep lines of communications open in order to represent, influence and negotiate on behalf of our members.”

White went on to state: “It’s fitting that one of Amber Rudd’s first engagements will be to join us on the evening of Thursday 14 July to recognise the incredible efforts of 69 of our officers at our annual Police Bravery Awards. These tremendous feats of bravery are the tip of the iceberg for the remarkable hard work and talent of police officers across England and Wales. It’s a work ethic and performance that makes them the envy of the world over.”

In conclusion, White observed: “It’s not just important, it’s absolutely imperative that Amber Rudd continues to recognise the talent that exists and provides a suitable platform to harbour and develop this for the good of the nation as a whole.”