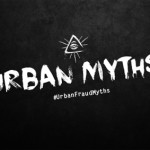 Action Fraud and the City of London Police have launched a new ‘Urban Fraud Myths’ campaign which aims to debunk common misconceptions that leave people vulnerable to fraud. For the next 13 working days, the campaign will identify common fraud myths and let people know the reality of these myths such that they can then avoid being targeted by fraudsters.

Action Fraud will be inviting people to share some of the myths that they have come across and any questions they may have about them on social media platform Twitter by using the hashtag #UrbanFraudMyths.

Commander Chris Greany, the Police National Co-ordinator for Economic Crime who’s overseeing the campaign, said: “There are a number of misconceptions around fraud and cyber crime which often leave people vulnerable. This campaign will help to shatter these misconceptions and provide the public with a clearer picture, helping them to challenge possible urban myths and stop fraudsters in their tracks. The more information people have about the reality of fraud and cyber crime, the easier it will be to stop it from taking place.”

The most recent crime statistics from the Crime Survey for England and Wales revealed over seven million incidents of fraud and cyber crime across the last year. Victim Support’s own figures show that fraudsters are targeting older people, with one-in-three victims of fraud now aged 65 or over.

Lucy Hastings, director for Victim Support, explained: “Fraud damages lives not just bank accounts, and the fact that fraudsters are targeting vulnerable and older people is both disturbing and despicable. We know that the majority of fraud goes unreported, largely because victims are too embarrassed to come forward or are otherwise afraid of ridicule. We need to take away the stigma so that victims of fraud have the confidence to report it, knowing that they are not alone and that their views will be taken seriously.”

Types of fraud to be targeted

Day One of the campaign kicked off with a well-known dating fraud myth. Many people believe that those joining dating websites are vetted before they are allowed to have a membership. However, this is very rarely the case. The reality is that most dating websites allow people to sign-up to the website without vetting checks, which means that fraudsters are able to use the website to target people online and defraud them.

In the last financial year, 3,543 people reported to Action Fraud that they had been a victim of dating fraud, with a total financial loss of £33,650,491. Dating fraudsters are often particularly convincing, and if the person also thinks that they’ve already been vetted by the dating website, it then makes it even easier for the fraudster to manipulate their victim.

On the thirteenth day of the campaign there will be a focus on charity fraud and whether it’s always safe to make charitable donations to street collectors or via charity mailing. In reality, most collections are genuine, but members of the public should question whether the charity is registered.

In 2014-2015, no less than 1,199 people reported charity fraud to Action Fraud, with a number of people saying that they wished they had found out more about the alleged charity before they had made a contribution.

*Victim Support offers free and confidential information and practical help to anyone affected by crime, regardless of when the crime took place or if the police are involved. Visit: victimsupport.org.uk or call the Support Line team on 0808 1689 111.

Top tips to protect yourself from fraud

(1) Always remember: if something seems too good to be true, it probably is

(2) Keep your personal information safe. Never give anyone your bank PIN or National Insurance number and shred or tear up any letters that include your personal details – don’t just throw them in the bin

(3) Stay safe online. Change your passwords regularly and make them as complex as you can remember. Install the latest anti-virus protection on all your devices

(4) If you do happen to fall victim to fraud then don’t blame yourself. For support and information, contact Victim Support by calling 0808 1689 111 or visiting victimsupport.org.uk

(5) Reporting fraud will help the police service to catch the criminals. Visit: actionfraud.police.uk or call 0300 123 2040 to log your case