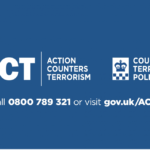 Neil Basu – the new head of UK Counter-Terrorism Policing and Assistant Commissioner of Specialist Operations at the Metropolitan Police Service – has used the launch of a campaign about terrorist attack planning methods as a platform to reveal that more than one fifth of all reports from the public produce intelligence which is helpful to the police.

Basu has often praised the general public’s willingness to ACT in response to last year’s unprecedented rise in terrorist activity, which resulted in record numbers of people contacting the police service to report suspicious behaviour and activity through online referral forms and a confidential hotline.

Now, Basu is launching the second phase of the ‘Action Counters Terrorism’ campaign. This features a new 60-second film based on real life foiled plots that highlights examples of terrorist-related suspicious activity and behaviour as well as attack planning methodologies.

A ‘Call to Action’ encourages the general public to report suspicious behaviour and activity via the online tool –www.gov.uk/ACT – and thus help the police service to prevent terrorism and save lives. 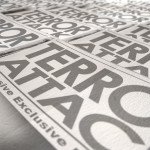 “We’ve been saying for some time now that communities defeat terrorism, and the figures outlined demonstrate just how important members of the public are in the fight to keep our country safe,” said Basu. “Since the beginning of 2017, we’ve foiled ten Islamist and four right wing-inspired terror plots. There’s no doubt in my mind that this would have been impossible to do without relevant information from the public.”

Of the nearly 31,000 public reports made to Counter-Terrorism Policing during 2017, more than 6,600 (ie 21.2%) resulted in useful intelligence (ie information which is used by UK police officers to inform live investigations or help in building an intelligence picture of an individual or group).

Research carried out by Counter-Terrorism Policing suggests that, while more than 80% of people are motivated to report suspicious activity or behaviour, many are unclear exactly what they should be looking for.

The second phase of ‘Action Counters Terrorism’ aims to educate the public about terrorist attack planning and reinforce the message that any piece of information, no matter how small, could make the difference between a lethal attack or a successful disruption.

Opportunities for the police and the Security Services 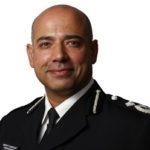 “Like other criminals, terrorists need to plan and that creates opportunities for the police and the Security Services to discover and stop these attacks before they happen,” asserted Basu. “We need your help to exploit these opportunities, so if you see or hear something unusual or suspicious then trust to your instincts and ACT by reporting it in confidence either on the telephone or online. That could be someone buying or storing chemicals, fertilisers or gas cylinders for no obvious reasons, or receiving deliveries for unusual items. It could be someone embracing extremist ideology or searching for such material online.”

Basu continued: “The new film has been made to try and help people understand recent terrorist attack-planning methods, but also to demonstrate that each report from the public can be one vital piece of a much larger picture. The important thing for people to remember is that no report is a waste of our time. Trust to your instincts and tell us if something doesn’t feel right.”

Security minister Ben Wallace added: “The fantastic ACT campaign is rightly highlighting the vital part that communities are playing in defending this country against terrorism. The threat we face requires a response from all areas of society, and I commend the public for their diligence in helping the police service. Taking action can help save lives. The public should remain alert, but not alarmed. I urge anyone who’s worried about suspicious behaviour and activity to follow this advice and report their concerns to the police.”