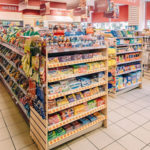 The Association of Convenience Stores (ACS) has welcomed a new report published by the Centre for Social Justice, entitled ‘Desperate for a Fix’, which highlights the close link between drug addiction and theft and calls for new policies to tackle the staggering £6.3 billion annual cost of shop theft.

Drug addiction drives up to 70% of shop theft and is often associated with threats and violence in stores. To confront this issue, the Centre for Social Justice recommends the creation of a ‘Second Chance Programme’ for offenders, targeting up to 10,000 offenders through a £250 million fund invested over five years. Shop thieves would enter the programme, rather than being issued with fixed penalty notices or other measures that have proven to be ineffective, and receive education and rehabilitation before they could have progressed to other crimes such as robberies, burglaries and violent offences.

The comprehensive and thought-provoking report also makes a series of recommendations to the Home Office, the Ministry of Justice, Police and Crime Commissioners (PCCs) and local police forces alike, calling on them to tackle the root causes of shop theft and improve the criminal justice system’s response when thefts do occur.

Other recommendations made in the report include the following:

ACS CEO James Lowman said: “Theft is an all-too-common occurrence in the convenience sector causing significant harm to businesses and the people running and working in these stores. This report shows just how serious a problem shop theft is, and we welcome the recommendations aimed at making retail crime more of a priority.”

The 2018 ACS Crime Report shows that shop theft costs every convenience store in the sector an average of over £1,700 per annum. Convenience store retailers are also most concerned about violence and abuse against staff, as challenging shop thieves is reported as the foremost cause of violence and aggression in stores.

*The Centre for Social Justice’s report is available here https://medium.com/csj-criminal-justice/getting-tough-on-prolific-drug-addicted-offending-with-a-second-chance-programme-to-tackle-root-55e33b9da1d2